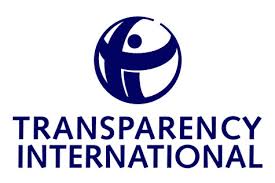 Tunisia was ranked 79th on Transparency International Corruption Perceptions Index 2014 with a score of 40/100, Kamel Ayadi, Regional Representative of the UK-based Global Infrastructure Anti-Corruption Centre (GIACC) for the MENA region said at an information day in Tunis.
The Corruption Perceptions Index each year ranks more than 150 countries across the world based on how corrupt their public sector is perceived to be.
The index reflects the views of observers from around the world, including experts living and working in countries evaluated.
According to the recent report of this international organization, corruption has expanded in Tunisia over the past five years, as the country moved down in the ranking from 77th in 2013, 75th in 2012, 73rd in 2011, 59th in 2010 and 53rd in 2009.
Ayadi said “the proliferation of corruption practices in the first years of the revolution is quite normal, seeing the lack of the state’s authority and the disintegration of power that was in the hands of some people or groups.”
However, what is serious is the persistence of this phenomenon even after the completion of the transition process and the establishment of state institutions, he noted.
He, therefore, called on the state to lay out a clear strategy to fight corruption from the beginning of 2016, punish the corrupt and step up control.
Share
Facebook
Twitter
Linkedin
Email
WhatsApp
Viber
Pinterest
ReddIt
Tumblr
Telegram
Digg
Mix
Print
Previous articleTunisia: Monaco contributes to trust fund for marine protected areas
Next articleIOM Trains Puntland Prosecutors in Counter Trafficking