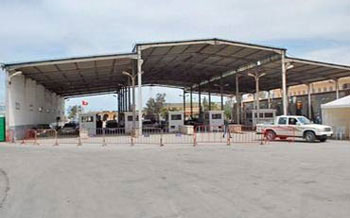 The main Libyan-Tunisian border crossing at Ras Jedir, closed a week ago, reopened , Sunday, from both the Tunisian and the Libyan sides, Colonel Mohamed Jarrafa, head of security from the Libyan side has told the Libya Herald.

A meeting between the Libyan head of Ras Jedir border crossing security Jarrafa, the governor of Medenine and the chief of the district of Ben Guerdane in Tunisia took place and resulted in the agreement to reopen the crossing, Jarrafa said. There were guarantees had given by from both sides “for the safety of Tunisian and Libyan citizens travelling to Tunisia and Libya,” he added.

Tunisia: What risk Assad may face ?

African Manager - Economic and financial news in Tunisia and in the world.
Contact us: co[email protected]