HomeNewsTunisia: remittances of expatriates up 7% in 2014
News

Tunisia: remittances of expatriates up 7% in 2014 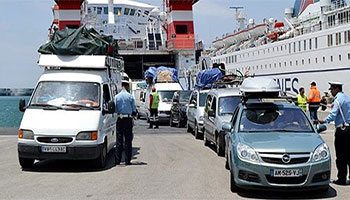 Remittances from Tunisians living abroad reached 3.984 million dinars in the last year, which corresponds to an increase of 7% from 2013, according to the latest statistics published by the Office of Tunisians Abroad (OTE).

These remittances are divided between 2,896 dinars in cash or a share of 73% and 1,088 million dinars in kind.

Regarding projects declared by nationals abroad, they amounted to 2.953 for a value of 157 million dinars, while 5,910 job positions were generated.

In terms of investment, the service sector is still leading with 70%.

According to the same source, remittances from Tunisian expatriates play a key role in the national economy contributing 4.8% of GDP, more than twice foreign direct investment (FDI) for 2014.