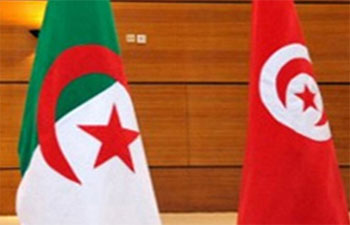 “In a statement to APS, head of the border post of Heddada (Souk Ahras), police commissioner Ezzine Hemila, said that measures taken this year by the General Directorate of National Security have helped to facilitate the transit of travelers to Tunisia,” Algerian daily “Réflexion” , Thursday, reported on its Website

The Algerian source said “these measures have focused on the removal of the police form, more counters, rest areas and space for elderly or those with special needs.”

All these measures have made that “until last July 22, 41,409 Algerian travelers have passed through the border crossing to Tunisia and 35,028 to Algeria,” according to the Algerian daily, which quoted the head of the regional service of the border police in Souk Ahras.

Tunisian Prime Minister Habib Essid had inspected number of border posts, including those between Tunisia and Algeria.