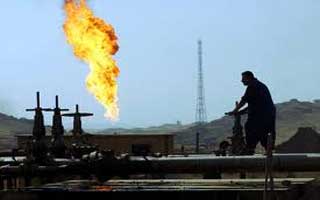 The El Mediouni well, or EMD-1, encountered very good light oil shows in both the primary Lower Birsa target and the secondary Upper Ketatna target. Together the reservoir intervals were observed across 133 metres of the well.

Circle said that the stratigraphy encountered in the well was exactly as prognosed. And it is estimated, based on information to date, the “most likely recoverable prospective resources” are approximately 100mln barrels.

Certain tests of the discovery will not be possible, however, because the well suffered technical difficulties. EMD-1 has been suspended.

“We are extremely pleased to add this potential large discovery to our portfolio in Tunisia,” said chief executive Professor Chris Green.

“It is unfortunate that the hole conditions became untenable so quickly and we were unable to conduct a full log evaluation of the hydrocarbon column in the well.

“Nevertheless we intend to take our appraisal effort forward on the Mahdia Permit as quickly as possible following this proof of the El Mediouni petroleum accumulation and will provide further updates of our plans in due course. We look forward to working with ETAP on the next stage of this project.”

Circle added that it has been granted a six month extension to the Mahdia permit to January 2015, and it has the right to make two further 3-year extensions by committing to drill at least one well in each period.

Despite the longer than anticipated drill the well’s result was worth waiting for, according to Gallagher.

“A discovery of this size (Circle estimates 100mbo recoverable) would potentially attract new partners to the basin and de-risks the five existing prospects already mapped on the block,” the analyst said in a note.