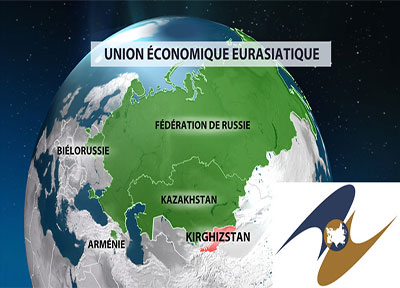 Tunisia is interested in becoming a member of the Eurasian Economic Union (EEU) in order to boost the trade prospects with the bloc, the country’s Ambassador to Russia Ali Goutali said Thursday, adding that progress on this issue has been made during the last years.

“We are observing the creation of the economic zone with great interest and we want to cooperate with the EEU. We would also like to join the EEU in order to create such economic zone between the union and Tunisia, which would allow us to export our products and, consequently, to import Russian products,” the ambassador said in a statement to Sputnik International newspaper.

“Tunisia can indeed provide and meet the Russian needs in agricultural production, especially if we agree to establish a free economic zone,” Goutali added.

The EEU is an international organization for economic integration launched in 2015, with Armenia, Belarus, Kazakhstan, Kyrgyzstan and Russia as its member states.

The Eurasian Economic Union is a sui generis organization which comprises five member states that straddle between the European and Asian continents. It replaced when created on May 29, 2014 with the signing of the Treaty of Astana the former Eurasian Economic Commission.

Greatly inspired by the European Union, it reflects similar structures like the free trade area

which however extends far beyond the Eurasian region and gradually seems to turn to a federal union.

It is currently made up of Armenia, Belarus, Kazakhstan, Kyrgyzstan and Russia, and should welcome this year Tajikistan.

Tunisia: 1,348 Million DT deficit with Algeria and surplus of over...