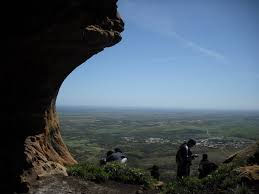 The World Bank is funding several important environmental projects in the governorate of Tozeur including a project to promote “ecotourism in the reserve of Dghoumes.” The project cost is estimated at an amount exceeding 1.5 million Tunisian dinars (MTD), Ridha Guesmi, Regional Director of Environment told TAP correspondent.

He added that the project has started since the beginning of 2013 and will run for five years.

Dghoumes is a park designed in particular to restore the vegetation and plant characteristics of the Tunisian Sahara. It is also home to diverse wildlife.

The World Bank will also contribute to the promotion of the oases of Tozeur as part of a project to promote the ancient oases in Tunisia.

This project aims to establish the criteria and areas of intervention in the Tunisian oases and the WB will fund pilot projects in some oases contributing to the development of the conditions of life and work of farmers and sustainable management.

The Regional Director of Environment specifies that some projects are difficult to be finalized including the controlled regional landfill where the National Agency for Waste Management works to rectify the situation with the contractor to complete the work.

In addition, a tender was launched for the second time to build an eco-tourism center in Midès (Delegation of Tamaghza) to be funded by the state.

The Revolution, a depressing disillusionment!