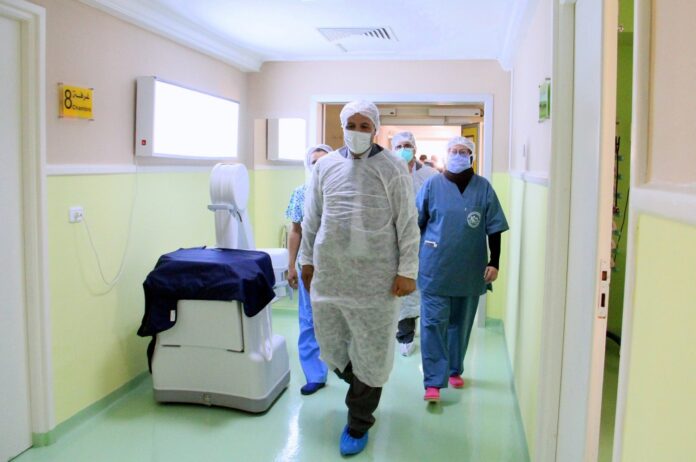 Tunisia is well-placed to benefit from the repatriation of some of the value chains of European companies closer to home, which is one of the unavoidable consequences of the COVID-19 pandemic, Francis Ghiles, an associate fellow at the Barcelona Centre for International Affairs said in an analysis published by The Arab Weekly.

Quoting EU’s Josep Borell, he pointed out that it is “not normal that not one gramme of Paracetamol we consume should not be manufactured in Europe.”

Health has now become a broader question of security and current EU dependency on China offers a unique opportunity to rethink relations with neighbors in the Balkans and North Africa.

The COVID-19 pandemic has laid bare Europe’s reliance on imports, particularly from China and most starkly in medical products.

As they plot their response to the slump and eye an opportunity to bring back manufacturing jobs to Europe and its nearby locations, Europeans are left to ponder how specialization, economies of scale and tight inventories, which helped drive down costs over the past three decades, have resulted in a huge supply shock causing more damage than the original outage.

Extended supply chains are only as strong as their weakest link.

Reducing EU dependency on Asian manufacturers and recreating a European manufacturing base is described by the EU Industry Commissioner, Thierry Breton, as “the armed wing” of the bloc’s efforts to defend its economic sovereignty.

Certain sectors will have priority and they include pharmaceuticals, macroeconomics and hydrogen technologies.

Tunisia among “60 most innovative countries in the world”

Tunisia is well placed to benefit from these European considerations if the Tunisian government takes the lead in promoting the country’s economic and political reliability.

According to a recent Harvard Business Review study, Tunisia has the most complex industrial state in Africa and according to Bloomberg’s one of the 60 most innovative countries in the world.

A good standard of education, proximity with Europe and centuries old links of family and trade, not to mention a population far more attuned to modern western ideas, notably the rights of women, than to the religious fundamentalism preached further east argue in its favor.

As the 25th anniversary of the Barcelona Process approaches, Spain and the EU should recast the manner in which the policies launched with great fanfare in 1995 have evolved.

Over and above its legitimate concerns with hard security and illegal immigration flows, Europe needs to forge a broader concept of economic security which encourages private investment in two key sectors of Tunisia’s economy: First the manufacturing of pharmaceuticals – private companies such as Sanofi, Adwiya and Saiph spring to mind — and textiles within a broad definition of health industries; second in electronic components where more than 200 firms employing more than 116,000 people export two thirds of what they manufacture to the EU.

The EU and its leading states, notably France, Spain and Italy, have a vested interest in the stability of the western and central Mediterranean.

They know that production costs in Tunisia are way below those of the EU, probably above those of China. But that is without factoring in the carbon imprint of manufacturing in the Far East and security considerations.

Such a policy would build on existing capacity in Tunisia, a country with high graduate unemployment, where proximity to Europe is a major asset.

A partner more than a market

A strong message from the north that it intends to treat Tunisia as a partner, not simply as a market, would also offer those who want to modernize Tunisia’s economic governance more leverage than hitherto. The quid pro quo of any EU encouragement to its industries to manufacture its products in Tunisia must be bold reforms in fiscal policy, customs management, transparent justice and the elimination of bureaucratic red tape by Tunisian authorities.

Whereas German industry massively de-localized to Eastern Europe after 1990, northern Mediterranean countries were loath to do so in the southern rim of the Mediterranean.

China has benefited handsomely from the EU’s neo-colonial behavior in Africa. If Tunisia and its neighbors are not offered a more equal economic partnership, the New Silk Road will make inroads in the Maghreb as it has in the Balkans.

When Josep Borrell says the EU was somewhat naive in its commercial relations with China, he knows what he is talking about.

Statement of the Spokesperson on the attack in Somalia

Orange announces the winners of the 2015 Orange African Social Venture...