Tunisia: Who will stop the collapse of the dinar? 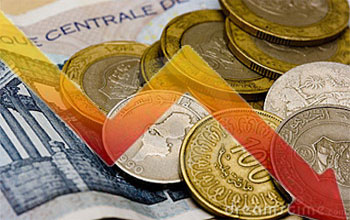 The Tunisian dinar is struggling to halt its decline and limit its resulting damage. It was since the assassination of Chokri Belaid and Mohamed Brahmi and the ambush in Mount Chaâmbi that the Tunisian dinar started to largely yield ground to other currencies, the Euro and the Dollar. Broker, Mac S.A showed in a recent note that the dinar slide, observed at the end of September, and again against the dollar (back to the 1.650 TND parity), confirms that it is mainly internal problems that are weighing on the rates of the Tunisian currency.

The deterioration of the security situation, the rise of socio-political uncertainties, the widening of the trade deficit, the decline in export revenues and the fall in economic activities are issues at the heart of the fall of the dinar.

Author of this analysis, Moez Labidi, a professor at the Faculty of Economics and Management of Mahdia and economic advisor to MAC S.A. showed that against the Euro, the Tunisian dinar will remain under pressure for several reasons, stressing that the European economy will soon emerge from the abyss of the crisis of sovereign debt, and one of its consequences, the resumption of Tunisian exports to the Euro area would be beneficial for the dinar, but the Euro appreciation rate will certainly exceed that of the dinar.

Moez Labidi noted, also, that the intransigence of U.S. Republicans on the trends of the U.S. federal budget and the resulting heated debate on the debt ceiling could penalize the dollar and strengthen the long positions of the Euro. Thus, the slide of the dinar would be more visible against the Euro.

Among the other reasons for the pressure on the Tunisian dinar, Moez Labidi said the procrastination that accompanies the process of national dialogue will demonstrate the fragile consensus that will emerge. The Tunisian political class seems not to be aware of the danger facing the economy, he specified.

He said, moreover, that the next government, whatever its degree of independence, regardless of skill level, will not have enough determination and boldness to tackle in depth the major projects of reforms needed to put Tunisia on the path of sustained growth and to reverse the downward trend of the dinar.

In fact, all positions of Tunisian politicians are vague. Uncertainties still persist in the economic and political scene. The economic advisor to MAC noted that at this stage nothing is certain. In this context marked by a messy and counter-productive communication very detrimental to the Tunisian currency, it will be difficult for the Central Bank to defend the dinar, especially with the drying up of external financing sources (downward revision of the loan from the World Bank, a second tranche of IMF conditional on the progress of reform…). He referred to Tunisia’s downgrading to speculative grade by all rating agencies to call, therefore, to fix the exchange rate which should not be excluded from the reforms soon.

However, Governor of the BCT Chedly Ayari has not ruled out at a recent meeting, a slight recovery of the dinar, but not with the same pace as before the Revolution. He pointed to structural factors (political, security and others), and situational factors related to poor indicators for the first quarter of 2013. Indeed, during the month of April, a strong demand for foreign exchange of 350 million Euros was recorded.

Public lynching, witch hunts: the Tunisian Revolution is over and horde...