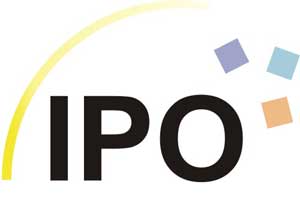 Five initial public offerings (IPOs) from the Middle East and North Africa (Mena) region raised over $1.28bn (QR4.66bn) during the first quarter of 2014, witnessing 21 percent decline in terms of value compared to the corresponding period last year, according to a latest Ernst & Young (EY) update, yesterday.

However, it expects the IPO activity is picking up momentum in the coming days with more companies listing as part of the ongoing transformation of family groups into institutional entities led by the younger generation.

EY said that the Mena IPO market in the first quarter of 2014 saw no change in terms of volume compared to Q1 2013.

Phil Gandier, Mena Head of Transaction Advisory Services at EY, said: “The Mena IPO market is off to a slower start in the first quarter compared to the same period last year, however compared to IPO performance over the past few years, Q1 2014 has been one of the best performing quarters. The recently announced Emirates REIT and Marka IPOs will spur further IPO activity and point the way to high levels of activity through the first half of 2014.”

Among the five regional IPOs in the first quarter of 2014, two were in Tunisia and one each from Qatar, Saudi Arabia and the UAE.

The largest IPO in Q1 2014 was in Qatar, with Mesaieed Petrochemical Holding Company (MPHC) raising $905m, which was the first IPO on the Qatari stock exchange since 2010. The company which is a Qatar Petroleum subsidiary was five times oversubscribed.

The second largest IPO was Gulf Marine Services from the UAE, which listed on the London Stock Exchange (LSE), raising $275m. The remaining IPOs raised less than $100m each, with Saudi Marketing Company raising $72m on the Tadawul stock exchange in Saudi, followed by Sotipapier in Tunisia, raising $26m and Cellcom in Tunisia raising $6m.

“The combination of attractive valuations and solid after-market performance means that financial sponsors are actively pushing companies to list. The companies expected to list in the region range from subsidiaries of family businesses to large established companies. Sectors that are likely to show strong IPO appetite are those with strong demographics such as retail, consumer products and healthcare,” said Phil.

The oil and gas sector led in Q1 with two IPOs followed by telecommunications, industrial manufacturing and retail sectors with one IPO each. “We expect that Q2 2014 and the second half of 2014 will see strong IPO activity. The ongoing transformation of family groups into institutional entities led by the younger generation that are more competitive and not susceptible to family succession disruptions, will drive IPO activity. With sound economic fundamentals and strong regional liquidity fuelling new listings, the Mena pipeline is looking extremely healthy,” said Phil.