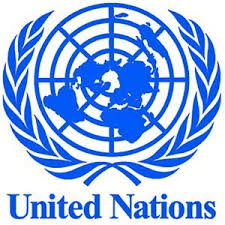 The Special Representative of the Secretary-General on Sexual Violence in Conflict, Mrs. Zainab Hawa Bangura, has concluded her first visit to Mali to discuss a Joint Communique that outlines critical actions that the United Nations and the Government of Mali must take together in the areas of security, justice and services.

“There is great hope and expectation for the peace process from the civil society and victims’ associations that I met in Bamako and Timbuktu, but the situation for survivors of sexual violence and the acute vulnerability of communities to such crimes is very painful and shocking for me to witness,” said the Special Representative.

During her visit, she met with the Prime Minister Modibo Keita, and she held extensive consultations with the Ministers of Defence, Security and Civilian Protection, Justice, Religious Affairs, Health, and Women’s Affairs, as well as the Head of the Army and the leadership of the Police and Gendarmerie. She also met with the President of the National Assembly, the Truth, Justice and Reconciliation Commission, religious and community leaders, the diplomatic and donor community, women’s groups, human rights associations, victims associations, service providers, and UN staff.