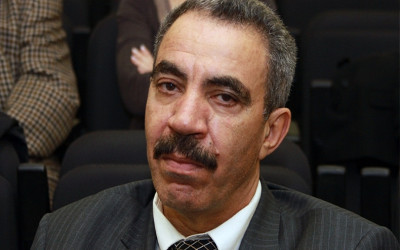 In an interview with African Manager, Minister of Public Works, Housing and Spatial Planning, Mohamed Salah Arfaoui, said his department is committed to deliver projects on time.

On another level, the Minister announced the reopening on April 21 of the Montplaisir road interchange closed to traffic since November 2015.

How much will the Road Infrastructure Modernization Project (PMIR) recently launched will help boost the economy?

This project is part of a series of programs planned by our department and whose number is estimated at six to contribute more to economic development and upgrading of disadvantaged areas.

The project worth 855 million dinars and 3.3 million dinars for technical assistance, which is carried out in the context of the regional development strategy for the period 2016-2020, will reinforce positive discrimination, while improving the quality of the road network mainly in inland areas, and offering real investment opportunities.

The launch of this project was supported by the African Development Bank (AfDB), as a strategic financing partner by contributing 400 million dinars as a loan granted to the Tunisian government.

For the current stage, a tender was launched, knowing it is being analyzed at the Ministry.

The launch is expected in the coming weeks and the project will run for a period of three years knowing that work for the completion of the first tranche will start soon and be completed in 2017, while the second tranche will be started in 2017 and will continue until the end of 2018.

I take this opportunity to clarify that this project will target 21 regions of the country, including interior ones to ensure better connectivity with coastal regions to better meet the expectations of investors.

That’s why we are multiplying efforts to ensure that our roads meet international standards.

Our goal is to enable our roads better comply with international standards with a rate of 68 percent.

Note that this project will cover about 700 km of our main and secondary roads, not to mention the 23 works it includes; and in view of its importance, we have been committed to do everything possible to meet the deadlines.

Are there any new developments regarding the Montplaisir road interchange closed to traffic since November 2015?

At first it is important to affirm that this is not the only such incident and engineers are used to this type of problem. Moreover, a team of experts was tasked to diagnose gaps recorded so that the resumption of traffic takes place in the best conditions.

To this end, I think that interchange will reopen to traffic on April 21, once the tests performed and support devices changed.

What about the revision of the Code of Town and Country Planning and Urban Development (Catu)?

Work on the revision of the code and other decrees are moving forward and that, in order to facilitate procedures for all citizens, including granting of building permits.

For “Catu”, I think it will be passed within a month to the Cabinet meeting before being submitted to the HPR For approval.

This is a crucial step insofar as the revision aims to make planning and urbanism an economic, social and environmental lever. It also fits in the support to the process of decentralization and local democracy.

Have you an exact date for the start of operations of the Sfax-Gabes highway project?

As mentioned before, our department is committed to meet the deadlines for the realization of all projects.

For this project, it will come into operation during the summer, and that following the resolution of problems hindering its timely completion.

It should be recalled that works of this highway, to which a budget of 800 million dinars has been allocated, had started in March 2010.

This is the same for the motorway project A3 Oued Zarga-Bousalem which will come into operation this summer.

What about blocked projects?

These are not projects, but rather several programs whose construction works will be launched in 2016.

These programs are worth 2.6 billion dinars. A figure that has almost doubled compared to the previous year when the amount was of the order of 1,200 million dinars.

Efforts are increasing for these projects to be completed on time and citizens are called to better cooperate with our services to facilitate the resolution of land issues.

Connecting Kenya with opportunities in Australia.