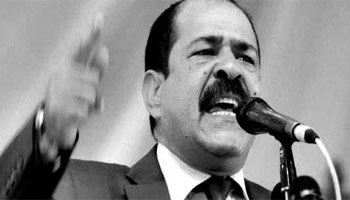 During his assassination on August 20, 1940 in Mexico by Ramon Mercader on order from Joseph Stalin, Leon Trotsky, before dying, ordered his bodyguards who were ready to kill the assassin, to leave him alive: “Do not kill him, this man has a story to tell.”

Trotsky died a few hours later and Ramon Mercader, who was delivered to Mexican authorities, invoked personal differences with Trotsky to explain his crime. He was, nevertheless, sentenced to the most severe penalty in Mexico at the time. Twenty years in prison.

This story came back to mind when I learned like everyone else, with the approach of the anniversary of the death of Chokri Belaid, that his murderer Kamal Gadhgadhi was killed along with six other terrorists in Raoued, after a 20-hour siege of the house that sheltered them.

Many Tunisians have linked these two events (the death Gadhgadhi and the anniversary of the assassination of Chokri Belaid) and concluded that this horrible and unprecedented crime in Tunisia may not be elucidated, seeing a desire to close the file on this fateful day.

We have, indeed, three wills that clash about this case: first, the killers and the sponsors who had a well prepared plan, and means and interference to conceal the most relevant elements. In front of them we have the family and IRVA, struggling and leading a fierce battle to uncover the truth about the murder. Finally, there are also the authorities whose will is almost offset by the merciless struggle waged by both sides.

Ansar Al-Sharia was accused on August 28, 2013 by Lotfi Ben Jeddou, Minister of the Interior, of being the instigator of the murder, relaying Prime Minister Ali Laârayedh, the day before (Tuesday, August 27), who officially declared it terrorist organization because of its double tie to the terrorist group Uqba Ibn Nafaa and Al Qaeda in the Islamic Maghreb (AQIM).

The disappearance of Kamal Gadhgadhi will leave a gaping hole in the reconstitution of the puzzle of the case, because he featured prominently in the organization of Ansar Al-Sharia.

He was directly linked to Abu Iyadh who already fled and is well protected by Libyan Islamist groups; but there is no indication that the arrest of Gadhgadhi has served the truth about the assassination precisely because intelligence and organized crime professionals are able to hide the truth of their plans and actions, even if they are caught red-handed.

The family and friends of the late Secretary-General of United Patriotic Democratic Party Chokri Belaid state, every Wednesday in their sit-ins, that the Tunisian authorities hesitate to disclose the exact identity of the murderers as well as sponsors whom they know. Family members of Chokri Belaid went as far as to require the Minister of Justice to take the case out of the hands of the judge because he did not call such a person, or heard such witness, or has not used his power to compel such official to appear in his office to be heard.

Meanwhile, the Initiative for Research of Truth on the Assassination of Chokri Belaid (IRVA), created on April 25, 2013, has adopted a “shock” strategy. It sometimes strongly criticized the conduct of investigations and lamented that the investigation was directed to tracks that lead nowhere. And on November 7, 2013 it bluntly accused by the voice of Mr. Mokhtar Trifi the Ministry of the Interior of concealing evidence relating to the murder of Belaïd by “deliberately hiding the ballistic report on the murder carried out by a Dutch laboratory.”

On September 12, the IRVA revealed an internal document of the Ministry of Interior proving that some security officials were warned of the threat of assassination against MP Mohamed Brahmi. Minister of the Interior, Lotfi Ben Jeddou, who recognized the existence of the document, said he had not been informed in time, explaining that this was the usual procedure and the operation of the hierarchy.

Thirdly, there are state institutions (Interior and Justice) that are undergoing great political pressure and do not always seem equipped to conduct the investigation in accordance with professional standards required. The course of the investigation was winding and the authorities have shown great reluctance, to the extent that the public opinion is convinced that this case will not find the path to resolution.

But in view of these entanglements, how this investigation will progress to clarify this murder and the one that followed it, namely of Mohammed Brahmi?

83 MUsd of BM for 8 African countries affected by...