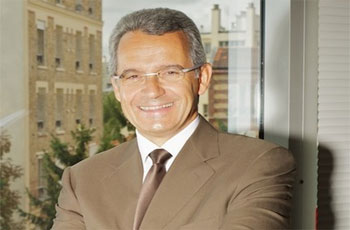 Tunisias particular economic environment since the fall of Ben Ali has not prevented several foreign investors to build on the site as a preferred destination to double production and gain better positioning.

This is the case of the French Group Armatis-Lc which has invested over $ 2 million to launch its second production in Tunisia. After Portugal and Poland, the group has chosen Tunisia to settle there by increasing its production capacity to 750 job positions. With this implementation, the company now has 6,000 positions and about 7000 employees.

As explanation, Denis Akriche, CEO of the Group told us that “Tunisia is important, not only because we are trying to relocate our activities, but also in an economic environment increasingly difficult time when we want to offer acceptable prices for our customers.”

A visit to the center on the occasion of its opening, Thursday, February 6, allowed us to understand the ambition of Armatis-Lc to make of Tunisia, not only an innovative site that can attract large international companies but also to make call centers a niche for jobs of the future.

Located in Charguia II, the new center of Armatis-Lc is built specifically by combining a beautiful arrangement of trays with a platform distinguished by a particular isolation.

In an environment where competition is becoming increasingly fierce particularly from sub-Saharan countries, the quality of service is the motto of the group to ensure the best positioning and better meet customer needs.

The willingness of the first player on the French market is to offer the most suitable service to customers and reduce voluntarily the production capacity with 1,000 employees in Tunisia, Wahid Hajej, director of the group’s international operations told us.

This is the reason why this major group has decided to invest in Tunisia to benefit of quality staff, and also support the services entrusted by a number of customers who want to deploy their operations in Tunisia.

This is therefore an approach that accompanies the growth strategy of the group which is trying to double its production capacity. The challenge is feasible, according to the CEO of the group, by introducing for customers professional approaches and flexibility.

Another 350 people to recruit

To achieve its objective, Armatis-Lc has recruited 650 employees before thinking to bring its workforce to 1,000 people, and this thanks to the “tool that we put in place which will allow us to move in this direction,” said Denis Akriche, adding that “we have business that allows us to do it with the customer orders we have. However, this will be subject to the availability of candidates and good attitudes.”

However, difficulties stand as constraints and this in terms of recruitment. Denis Akriche noted that “it is increasingly difficult to find candidates with a good level of French. We also have trouble finding people who have affirmed business skills.”

That is why a significant effort is being made in training to fill these gaps. Indeed, training programs have been implemented in order to improve the level of language of people recruited.

Deficiencies are certainly a concern, but Denis Akriche is optimistic, hoping to achieve the assigned objectives in the coming years.

Tunisia: private clinics on a drip because of Libyan debts

Tunisia: inflation falls to 7.1% in March