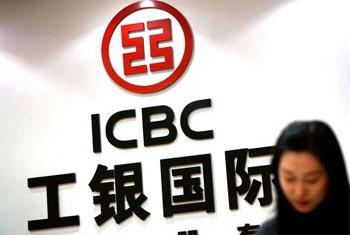 Industrial & Commercial Bank of China Ltd (ICBC), the world’s largest lender, is considering acquisitions in the Middle East as part of its expansion into the region, it was reported.

“We’re looking to see if there are acquisition opportunities,” Zhou Xiaodong, chief executive officer for the Middle East, was quoted as saying by Bloomberg.

“It’s a good strategy. Part of the reason why ICBC grew so fast in Hong Kong is because of acquisitions.”

The lender lent $600m to clients in the MIddle East in 2013, including household names such as Emirates Airline, Qatar Airways and Dubai Electricity & Water Authority. The report added the lender made a profit of $33m in 2013 but is aiming to increase its earnings by 50 percent in 2014.

It will be the first Chinese bank to open in Saudi Arabia later this year and is also speaking to the UAE Central Bank to open branches in the emirates. It is also eying branch opening in Kuwait, the report added.

In Forbes magazine’s latest list of the world’s largest banks, ICBC was ranked number 1, with assets of $3.062 trillion.

“This is the first time ICBC is able to fully participate and facilitate the financing of a hospitality and residential development project in the region. We believe this opportunity is an ideal step for ICBC to enter into Dubai’s growing Real Estate Industry,” Xiaodong said at the time.

China, the world’s second largest economy, is ramping up its investment in the Middle East as it looks to diversify its foreign assets. China and UAE trade has increased 35 percent every year for the last decade to reach AED128.5bn, according to the Dubai Chamber of Commerce and Industry.