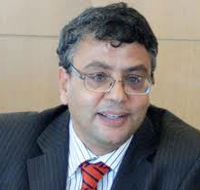 Fethi Nouri, economic expert, said the next government should initiate the discussion of the economic budget prepared by the government of Mehdi Jomaa and prepare a supplementary budget law to establish a final budget that might be more austere than the first.

Nidaa Tounes, Ennhadha, UPL, the PF and Afek Tounes are winning parties of the parliamentary elections. Do you think they are now able to keep their promises and implement their election programs in this rather critical juncture?

First, we must wait for the new format of the next government to understand how it will govern. After the presidential elections, we will have a clearer vision. I believe that parties which will constitute the majority and form the government need to have their expert teams get down to work to develop a joint project that will serve as the work plan for the next five years.

Already, to start the year 2015, the next government has to begin the discussion of the economic budget prepared by the government of Mehdi Jomaa and prepare a supplementary budget law to end with a final budget that might be more austere than the first.

Apart from the PF program, the other parties are not very different in terms of targeting growth, inflation, unemployment, investment and various global macroeconomic balances. Therefore, I think they can quickly offer a joint program.

Therefore we have to wait to know the nature of the new government and its program in order to make a judgment.

Some believe that the future government would face several difficulties. Do you agree?

The next government will take advantage of the tax reform already undertaken by its predecessors since 2012 and will enter into force mid-term. The new team should accelerate the other reforms already underway, namely the investment code, the PPP, especially to identify and target those who really need the different grants for optimal resource allocation. If politicians agree, it will be easy to rule Tunisia, security will gradually return and the future will be more visible to the various economic agents, which will boost our economy.

What do you think of the type of the future government: will it be a non-partisan government or a government of national unity?

I think a non-partisan government is dismissed and there is increasing tendency towards a political government containing a small dose of technocrats in some departments.

This government is called, in my opinion, to send positive signals to ease tension and so that the future parliament can work in harmony.