HomeInterviewTunisia is only hope of Arab Spring, according to Iraqs ambassador in...
Interview

Tunisia is only hope of Arab Spring, according to Iraqs ambassador in Tunis 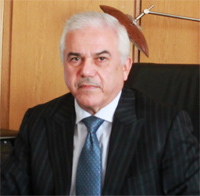 In an interview with “Africanmanager,” Jabeur Habib Jabeur, Iraqi ambassador in Tunis deemed essential to develop an action plan in coordination with other Arab countries to end the terrorist threat.

This is justifiable because the Tunisian fighters are a threat to their country of origin if they return there.

What is your reading of the political and economic climate in Tunisia after the completion of the electoral process?

Initially, it is important to indicate that Tunisia has managed to complete this transition phase, thanks to a national consensus. And from this standpoint, we can say that this country is now facing multiple challenges to set up a new government and put in place new state institutions.

That’s why I think we should create a climate conducive to work particularly in a context marked by the complexity of expected missions. This climate remains more important than ever in light of the difficult economic environment as well as the reluctance of investors, not to mention the high rate of unemployment.

In my opinion, the new government Habib Essid is called to find a healthy political and security environment to realize the expected growth. Moreover, a stable economic environment remains an essential condition; otherwise a climate of tension would still be possible.

Responsibility therefore lies with this new government. This is legitimate because Tunisia remains the only hope of the Arab Spring, while several other countries are today facing several problems.

With the resurgence of terrorist attacks by groups covered under the IS, do you think Daesh is a threat to the safety of Tunisia?

All indicators show that “Daesh” will inevitably be present in Tunisia. Moreover, the methods of murder and Takfir recently discovered in Tunisia are part of the policy of this extremist group.

However, I do not think its presence can take place at the same time, but this does not prevent Daesh from expanding to other Arab countries.

A big question arises in this context: How Tunisia, which has elected a secular party, is ranked among the top exporters of terrorists?

From this question, I can assure that these Tunisian fighters will certainly be a danger to their country once they return to their homeland. Based on observation, I think it is important to prepare a work plan in coordination with other countries to end the danger.

Many arguments were raised to call on the government of Habib Essid to restore relations with Syria. What is your opinion?

In terms of foreign relations, I think that Tunisia is now called to restore relations with that country, as many countries eager to see the Assad regime collapse, failed in this. This has created a climate of tension and Syria could fall into the hands of extremists.

I think the climate has changed and it’s time to find a political solution to the crisis in order to exchange information about terrorists and their number. It is useful to note that a significant number of extremists are of Tunisian nationality.

What is your assessment of the Tunisian-Iraqi relations?

Before 2003, trade was of the order of a billion dollars. Unfortunately, that figure has dropped to a level that I find shameful today.

We are working with the Tunisian government to remove the visa for Iraqis, also those wishing to visit the country in the tourism context. It is important to remember that Iraqi tourists represent a third of tourists in Lebanon. It is for this reason that we hope to implement these proposals with the next government.

Information has been circulating lately, according to which the operation of the flight Tunis-Erbil by extremists was behind the suspension of this airline. Can you clarify?

I assure you that this information is a hoax. The suspension of this line, however, is mainly due to the deteriorating security situation. Hence the importance of working towards the abolition of visas to restore trust between the two countries.

I would also like to emphasize that fears about the entry of Iraqi terrorists are unjustified considering that there are no terrorists in Tunisia who have Iraqi citizenship.

What about the issue of Tunisians held in Iraqi prisons?

The number of Tunisians who are currently in Iraqi prisons is estimated at 14 prisoners. An effort is underway to find a compromise under which prisoners could serve the remainder of their sentences in Tunisian prisons.