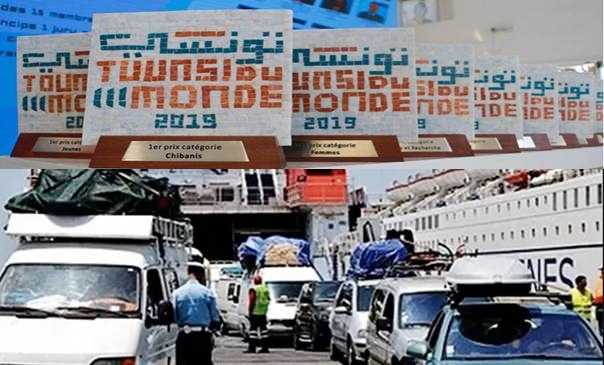 Some call them Tunisians residing abroad and others Diaspora. The average Tunisian citizen only sees them when they return home, often with cars loaded with goods and bicycles of all kinds, or during reports on their “setbacks” at the ports of arrival in Tunis. They do not have a definition applicable to them and do not even have the same figures. As evidence, this latest study of a reputable office, which cites figures more than 4 years old, those of the year … 2016, and does not give any amount of transfers of expats or diaspora.

Higher than all tourism revenues

There is a ministry, part of which would take care of them. But no government has undertaken to tool itself up with a strategy to manage and optimize this economic and financial force. Only a few MPs have used it as a Trojan horse for political purposes.

These foreign currency transfers were the equivalent of 2.144 billion TD on May 20, 2021 and year-on-year, according to figures from the BCT. A figure up 269 MTD compared to the same period in 2020. These figures now exceed those of the tourism sector, with a Tunisian Diaspora becoming the main source of foreign currency in Tunisia.

According to a recent study by Deloitte that Africanmanager was able to consult, remittances amounted to 3.5 billion dinars (about 1.6 billion euros) in 2016, or nearly 4.6% of GDP and 20% of national savings. The research firm does not make a Benchmark that could lead to the question of why these remittances would have declined. According to BCT figures for the first 4 months of 2021, tourism receipts fell by 55%, while labor transfers (currencies sent by the Tunisians residing abroad or Diaspora), rose by 16.8%.

Better, with 548 MTD, it represents 2% of all tax revenue of the state. Far behind the social security contributions and value added taxes, whose contribution to state tax revenues is estimated at 29% and 22% respectively, Tunisians residing abroad contribute to these revenues.

With 7.860 billion TND, the contribution of Tunisians residing abroad to the GNDI (7.3% of the Gross National Disposable Income) is almost as important as the rate of national savings as a % of GNDI, which was estimated at 9% in 2018.

With 1.982 billion TD, the contribution of Tunisians residing abroad to the gross fixed capital formation is estimated at 10% in 2019. This figure is even close to the contribution of some growth sectors of the Tunisian economy such as the textile industry, clothing and leather.

Sign of the absence of a clear policy, not only in price of tickets back home by plane or boat, and not only for the FCR, economic mobilization of this Diaspora, 50% of Tunisians residing abroad questioned by the survey of “Deloitte” firm, said they do not have a bank account, neither in TD, nor in foreign currency. 50% of them are students and retirees.

The same source added that of the 72% of the Tunisians residing abroad who have made remittances to Tunisia, 66% of transfers were made to provide family support and 15% for real estate investments (repayment of a mortgage, construction or purchase of real estate), according to the study by Deloitte.

According to the same source, most of the transfers seem to be made by the youngest ERRs. These remittances are for investment, consumption or savings. Only 43% of expatriates report having invested in Tunisia in the last three years, all sectors combined. More than 50% of the total number of investments comes from executives and business leaders living abroad.

What is missing, according to the Deloitte study, is firstly a strategy that would structure the relationship with the Diaspora other than through the passport and the electoral lists. It is then another governance. It is also and above all, “the implementation of projects and support tools that meet the real needs and challenges of this Diaspora”. This is, not to mention, “the implementation of financial and fiscal incentive programs that promote investment and consumption in key sectors for this Diaspora”.