HomeFeatured NewsTunisia: return of the FATF, or the file that could end Chahed's...
Featured News

Tunisia: return of the FATF, or the file that could end Chahed’s national unity gov’t 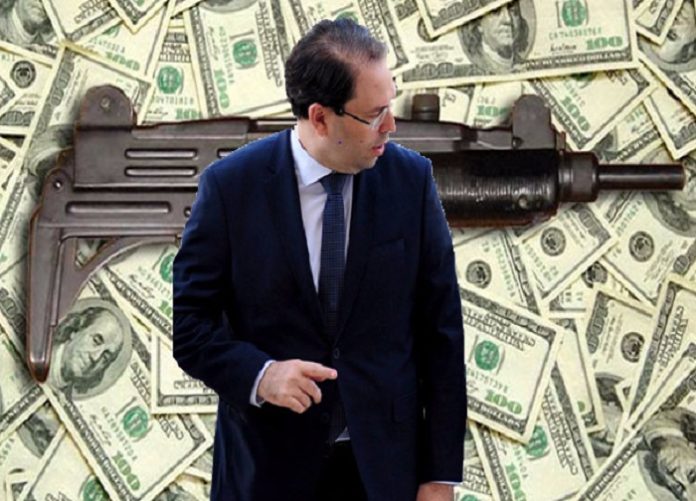 In an almost complete denial of the imperatives of economic transition and entangled for several weeks in the games and stakes in favor of a political transition that never ends, Tunisia is mixing up its priorities.

The people dream of football. Nidaa and the UGTT dream of defeating Youssef Chahed and pool their forces for it. The finance minister and the BCT dream that the IMF and the WB will release the 750 MDT needed for the survival of the state.

The Minister of Tourism dreams of millions of tourists who would save the 2018 season.

The Minister of Agriculture dreams of a new exceptional campaign of olive oil that would save the GDP.

Hammadi Jbali and his former boss Rashid Kheriji dream of Carthage and announce before time their candidatures for the next presidential elections of 2019.

Youssef Chahed dreams of returning the Nidaïstes of the son to his father Béji.

All these people forgot that Tunisia had been blacklisted and that the entire Tunisia had blamed Youssef Chahed for that and who in turn turned angry with the former governor of the BCT; the latter was heard by the Parliament which eventually fired Chedli Ayari promising to do everything to get off the blacklist.

The FATF (Financial Action Task Force) file, which had already exploded before the government in April, is now in danger of killing it, with the help of the Parliament and all the forces opposed to the Prime Minister.

Between June 24 (i.e. next Sunday) and June 29, 2018, there is an internal evaluation meeting of the FATF that will take place in Paris, in the absence of the Tunisian side, to study the steps taken by Tunisia ever since and decide the fate of Tunisia on the list of countries likely to be heavily exposed to money laundering and financing of terrorism.

The meeting will also look at the documents sent to it, detailing the latest developments in Tunis to comply with the recommendations of the international body against money laundering and terrorist financing.

Who will finally denounce the risks of the wait-and-see attitude of the Parliament?

Contrary to what has been reported by other media, no delegation of the Tunisian Commission of Financial Analysis (CTAF) will be present at this meeting.

Among the advances that will be highlighted, better supervision of “risky professions” (lawyers, accountants, bankers, etc.) and strengthening of the prerogatives of the supervisory authorities.

We have learnt however that at least two reforms and not the least have not yet been achieved and could lead the FATF not to take Tunisia off the blacklist.

First of all, as confirmed by two official sources contacted by Africanmanager and who requested anonymity, the draft law on the transparency of the national business register, called for by the FATF, which is still in Parliament.

The other bill that would also swing between La Kasbah, CTAF and Bardo concerns the amendment to the Organic Law on Money Laundering No. 2015-26 of August 2015, on the financing and proliferation of weapons of mass destruction.

The three parties would still not agree on the terminology and meaning of the words to be put in the bill.

The ball is therefore, essentially, in the court of the Assembly of People’s Representatives (ARP) and MPs, many of whom would pretend to forget this deadline of the FATF and the relapse of Tunisia in the blacklist, which could give them the opportunity, at best to bring down the government of Youssef Chahed, and at least to stage a public hearing of him that will be the perfect opportunity to make his political trial, after he refused, last April, to be present there.

The Prime Minister, for his part, also seems to have forgotten this deadline and the risk it could run to his government. Why is he still silent, though he knows who is responsible for the delay of various reforms?

The BFT file too

In fact, Youssef Chahed is silent not solely on this file; another big deadline of a very strong financial impact on the state finances remains always untold, like an open secret: it involves the BFT case (Banque franco-tunisienne).

Foreign sources say that “the executive of Youssef Chahed has just formed a pool of five Tunisian lawyers” to defend Tunisia.

According to these same sources, it would be the former Minister of Justice Farhat Horchani, Ahmed Ouerfelli “who had served as legal adviser to Moncef Marzouki”, who had “assisted Tunis in its arbitration against Lundin” and lost it and finally the law firm of Chiheb Ghazouani.

The people who could be asked to pay the billion TD of damage requested by the former owners of the BFT knows little about the developments of this case which engages their own finances and could stagger their budget.

The right to information is guaranteed by the Constitution. But it is clearly not this government that will apply it!

Tunisia: “Brexit will have no effect on Tunisian tourism” (Minister)