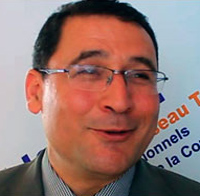 Abdellatif Hmam, CEO of the Export Promotion Centre (CEPEX) granted Africanmanager an exclusive interview where he compiled an inventory of Tunisian exporters, noting that nearly 3,000 products are exported today from Tunisia to 163 markets.

As to 2015, the CEO of CEPEX estimated that this year should be rich in promotional events supporting a new image of soothed and entrepreneur Tunisia.

Can you tell us about the “Mornings of Export”? What are their objectives?

The Mornings of Export are first intended as a monthly appointment of professional friendliness, exchange of relevant information and experience sharing. It is a response to the need to recharge Tunisian companies, to develop in them the culture of export and strengthen the collective sense of “working together” by leveraging possible synergies.

It is also an opportunity for cross-fertilization of skills and knowledge between the university one the hand and the private sector of consultation and diplomacy on the other.

What is the state of affairs of the Tunisian exporting companies today?

The Tunisian exporter fabric now has just over 6,000 exporting companies. They were only 5,000 in 2005. In 2013, the top 500 export companies ensured nearly 80% of the overall Tunisian exports to all destinations.

Almost 3,000 products are exported today from Tunisia to 163 markets. The trade balance of Tunisia has recorded a surplus with countries such as France, the United Kingdom, Switzerland, the Netherlands, Morocco and Ethiopia. It, however, recorded disturbing deficits with China, Russia and Turkey.

2015 is a year of recovery, a year that should be rich in promotional events and carries a new image of Tunisia soothed and entrepreneur.

The work program prepared with professionals includes sixty international professional appointments. It also includes the participation of Tunisia in an exceptional event: Expo Milano 2015 that will last six months from May 1 to May 31, 2015 and the theme of which is related to food: “Feeding the Planet: Energy for Life.”

What was according to you the outcome of the past four years for CEPEX?

The House of the exporter, which is the seat of CEPEX, offers a privileged space for meeting, exchange and synergy between export professionals.

The number of events organized at the initiative of CEPEX, or co-organized with professional structures operating in the field internationally, has experienced steady development over the past four years. Their outreach capacity has become wider because all initiatives have been freed. The House has hosted several national events, meetings with ambassadors accredited in Tunis and training workshops. Priority is given today with the start of the Mornings of Export “to a new generation of more appropriate and less restrictive meetings for entrepreneurs.

Is the budget of CEPEX enough to carry out its missions?

CEPEX has always obtained, even in the most demanding circumstances for public finances, budgets necessary for the performance of its duties. What should be noted and hailed is the willingness of Tunisian exporting companies to make a more significant financial contribution to the financing of promotional events organized by CEPEX on behalf of companies. Companies today are willing to contribute more to do more and better.

Tunisia: Government seeks to reduce budget deficit to 5.5 per cent

Tunisia: air service between Tunisia and Congo from 2016