HomeAfricaAfrica-Biodev2030: "Biodiversity, it does work when you invest in it"
Africa 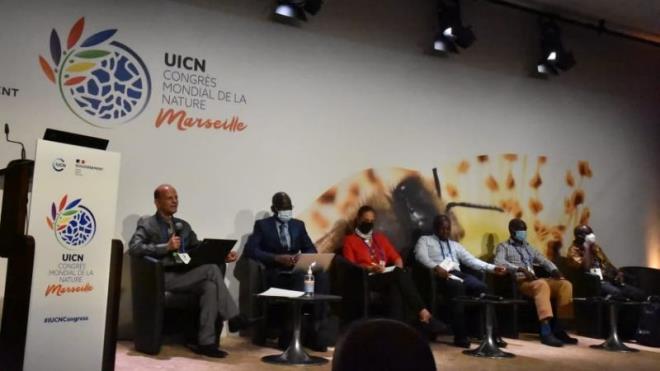 (TAP correspondent Mariem Khadhraoui)-To destroy the environment, it only takes a day; to restore it, it takes years.

Yet humanity has no choice. It must act to halt the degradation of the ecosystems it needs to survive and the financial sector must invest in restoration.

“Finance must not remain obsessed with the short-term recovery of its commitments,” said AFD Deputy Director General Bertrand Walckenaer, speaking at a panel organised on the fringes of the IUCN World Conservation Conference (September 3-11 in Marseille), during which Tunisia and other African countries presented the first results of the regional “Biodev2030” project that the French public bank is financing in 16 countries.

“Biodiversity does work when you invest in it, extinct species have been reintroduced and environments have been restored thanks, among other things, to COVID-19, which has limited human activity and given nature a rest,” he pointed out after listening to presentations on the first results of the project in Tunisia, Congo, Mozambique, Burkina Faso, Niger, Uganda, Kenya and many other countries.

The two-year “Biodev2030” initiative, launched in December 2020, is implemented by Expertise France and executed in Tunisia by WWF Tunisia.

Lack of data on biodiversity

The panellists were unanimous in underlining that the lack of reliable and updated data and diagnostics on the potential of biodiversity and its trends, as well as the difficulty of quantifying and evaluating its multisectoral economic contribution, are the main challenges facing the stakeholders involved in the implementation of biodiversity conservation projects in Tunisia as well as in other countries.

He called for urgent measures to conserve it and for the introduction of a national accounting system to help evaluate natural capital and measure its economic weight, referring to a contract already signed with an international consultancy firm to draw up an assessment of the state and trends of biodiversity in Tunisia and to evaluate the impacts of the various private sectors on natural ecosystems.

As part of the “Biodev 2030” initiative, the project’s steering committee selected two sectors (agri-food and mining and quarrying), based on an initial study on the factors of biodiversity erosion, to involve them in a next stage in changing their practices to conserve biodiversity.

Ben Temessek voiced wish that the initiative would be extended on the basis of the results of this experimental phase, which, according to AFD Deputy Director General “is working very well.”

The idea is to launch a second phase of this project after 2022, which will lead to other actions to assess the impacts of biodiversity on all economic sectors.

Each country has its own realities, but the panellists agreed that action is needed to build databases and involve local communities and civil society, especially as in most African countries, many people depend on nature and biodiversity for their livelihood.