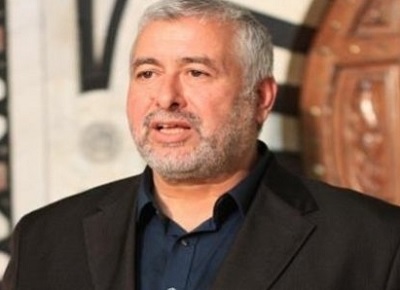 In an interview with African Manager Wednesday, October 12, President of the Tunisian Union of Agriculture and Fisheries (UTAP), Abdelmajid Zar, called on the government of Youssef Chahed to abide by the instructions of the Carthage Document. This call is justified by Zar by non-observance of this text since the ministerial team was appointed.

At another level, he pointed out that participatory work with national organizations is important to this government so that it could find appropriate solutions to economic problems.

Many observers speak of a “difficult” start in the agriculture sector. What do you think?

That is true. Several factors may prevent the start of the 2016-2017 field crops.

Among the difficulties encountered, we may also cite the limited volume of water resources in dams.

Besides this, we also face a lack of seed and fertilizers, something that could lead to more failures.

Added to this are structural and cyclical difficulties that could only cripple the sector’s boom, namely the spectrum of farmers’ indebtedness.

Similarly, farmers are also faced with problems of monopolization of certain products such as fertilizers.

What are UTAP’s concerns about such a situation?

We are still concerned about the rainfall amounts that remain below expectations on all parts of the country, despite the recorded rainfall in recent days.

These fears are legitimate, especially since this kind of problem will undoubtedly impact on the profitability of farmers and subsequently on the production and harvest.

Despite this situation, we have found no direct measures in the 2017 draft budget law. Have you an explanation?

Unfortunately, this text has simply ignored agriculture to other sectors.

In my opinion this was expected; it is the case for years. We talked a lot of the role of agriculture as a lever for development that ensures security of supply and trade. However, in terms of action, nothing has been done and these are simply speeches.

But this may mean something bad?

Certainly yes. This can be explained by the absence of a will for this sector to be a vital contributor to the country’s economic growth and an essential means to reduce poverty and insecurity. The other factor is obviously related to the existence of powerful lobbies wanting to destroy the sector.

Yet the government of Chahed has not responded. What do you think?

We still expect the application of the summary document setting government priorities, including agriculture.

At the top of the action to be taken there is the achievement of economic growth through a series of measures such as agriculture stimulation and regulation of the land situation of agricultural lands.

I think this government is performing daily management and follows the same steps of previous governments.

Yes. We have already requested a meeting of the 5+5 committee bringing together representatives of government and our organization to find solutions to the problems of the sector.

Similarly, committees have been set up in our organization in order to find ways through which we can insert the Carthage Document in a national program.

It should be noted that the work of these committees will be published shortly.

According to you, is the government trying to apply this “contract”?

To date, the National Unity Government is not currently implementing the clauses of Carthage Document, considered one of the solutions to the various economic problems.

Accordingly, what would be the position UTAP?

The government must stick to Carthage Document to complete its mission and begin urgently recommended actions.

This is important, especially as the contract is the origin of this government that received a larger electoral platform with the participation of several national organizations and political sensitivities.

Therefore, if this government does not respect the pact, UTAP would be obliged to withdraw confidence.

In such a condition, we begin to ask many questions…

What is your message to the national unity government?

We must just apply this contract with all stakeholders involved, knowing that we are pledged to support to meet these challenges.

What are the actions to be taken?

Agriculture must be a priority of this government and this interest has been reflected in an effective manner.

So we need more than ever to solve a difficult equation: produce more to ensure food security of the country while preserving our natural resources and ensuring an income for our farmers.

Thus, it seems urgent to take a range of measures. There is also need to solve the thorny problem of public lands, to allocate financial and tax incentives in order to restructure the sector, which generates over 12% of GDP and could become the backbone of our economy.

Botswana to remove barriers in micro-financing