HomeFeatured NewsAhmed Chabir to Africanmanager: Tunisians are strong by nature and Tunisia is...
Featured News

Ahmed Chabir to Africanmanager: Tunisians are strong by nature and Tunisia is neither Iraq nor Yemen 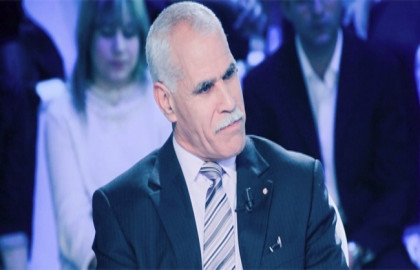 “Men rather than stones make city walls!”, retired general of the National Army Ahmed Chabir said in an exclusive interview with African Manager on Thursday, March 10, 2016.

He added that “Tunisia has for many years highly skilled and trained armed and security forces. Tunisians are strong by nature and Tunisia is neither Iraq nor Yemen. We will not back down and we have great confidence in our military and our security forces, which spare no effort in protecting the country and in the fight against terrorism and the enemies of the country “.

“Our country has had for some time a system of relevant and good quality military and security training at all levels. We also have all the resources and logistics to protect our territory against any terrorist threats,” he has said.

On another aspect, the retired general of the National Army recalled that terrorism has expanded in many countries and international security reports note that terrorist organization Daesh is the product of foreign intelligence.

Ahmed Chabir called on all citizens to engage more with the various security units and provide all necessary information on all kinds of unusual or suspicious movement, adding that Tunisia plays a very important role in the fight against terrorism.

He, in the same context, called for national reconciliation between all stakeholders.

Finally he said that the security operation in Ben Guerdane still continues and the various security units (military, security forces, National Guard) are making commendable efforts to eliminate the terrorists who had planned to capture vital institutions in that city.

The total number of terrorists killed by the armed and security forces since March 7, 2016 is 46, the Interior Ministry announced in a recent statement posted to its official Facebook Page.