HomeFeatured NewsAli Zramdini "I want to reassure Tunisians on the fact that the...
Featured NewsInterview 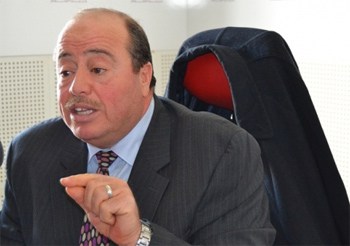 According to the expert, terrorists have recruited their wives and their children to monitor the security personnel, distribute fanatical religious discourses and write threats on the walls. They would have even prepared for attacks similar to those in Iraq and Syria…

Are terrorists still powerful and do they have logistics to carry out other attacks in Tunisia?

No, they are now isolated and relatively powerless. However, terrorist groups in Tunisia are in a state of hibernation and lie in wait for the right moment to perpetrate their cowardly attacks against citizens and security personnel. The latter are called for vigilance, especially as sleeper cells have changed strategy.

To address these dormant cells we need a battery of more effective measures, including the installation of a large number of cameras not only in public and sensitive institutions but also in other places (police stations, train stations, restaurants …).

We have heard of recruitment of children by terrorists?

Yes of course, in Tunisia, terrorists had enlisted their wives and their children to monitor the security personnel, distribute fanatical religious discourse and write threats on the walls…

The recruitment of children by terrorist groups is widespread. Banned organizations have exploited certain social vulnerabilities such as poverty and marginalization to achieve their goals. This tactic does not arouse suspicion and can be easily used for carrying out terrorist operations.

In this context, I do not rule out terrorist operations carried out by children similar to attacks in other countries like Iraq.

How can we protect children against the sleeper cells in Tunisia?

I consider that children who are most threatened by recruitment by terrorist groups are those of inland areas. All parties concerned (the Interior, Women, Education ministries…) are called to protect and monitor children and guide them towards the right path through the launch of awareness campaigns against terrorist threats, the development of leisure and entertainment venues …

Can you give us the current security situation in the country?

I want to reassure Tunisians on the fact that the security situation has improved compared to the last years. However, it is important for citizens and security personnel to remain vigilant and not to minimize the terrorist threat. This danger weighs not only on Tunisia but also on all Eastern and even Western countries.