HomeFeatured NewsTunisia: it will cost 120 MTD, would require 3 years and will...
Featured News

Tunisia: it will cost 120 MTD, would require 3 years and will not do anything! 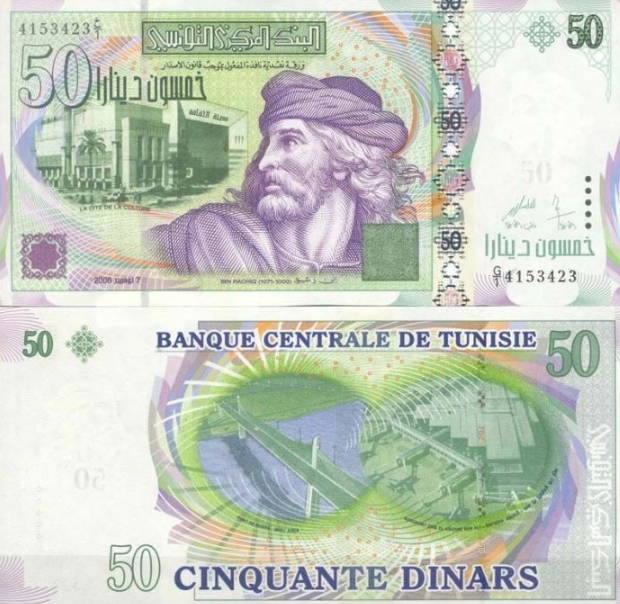 There have been calls recently on the part of all kinds of economic experts to change banknotes in Tunisia, presenting it as the appropriate solution to end parallel trade and especially smuggling.

These were urgent and insistent calls, despite the contrary views of at least two former governors of the Central Bank of Tunisia (Taoufik Baccar and Mustapha Kamel Nabli). We posed the question to the BCT and the answer was not simple.

It should be noted first that the change in mass of banknotes in circulation had already been made in 2011 (50 and 20 TD Notes) and 2013 (10 and 5 TD Notes). The banknote-change operation had then cost the Tunisian treasury 85 MTD, including 76 MTD for printing, and not counting the cost of the removal and destruction.

BCT had then had to change an amount of over 700 million of banknotes in two times between 2011 and 2013. For example, the amount of banknotes and coins in circulation at September 6, 2016 was 10.220 billion TD. Parallel trade at that time was in full swing and smuggling was beginning to take on alarming proportions. Had the change of 700 million of banknotes changed anything? “No, responded an official source at the Central Bank, although the goal was not the same.

In 2011, it was a political change that had made inevitable changing banknotes. The latter still bore the signs of a regime overthrown through revolution. There was also need to bring liquidity to the BCT and avoid theorization. It also did not yield the expected results. “

There will be no change of banknotes, unless there is contrary political decision

Our official source at the BCT then denies any “information” indicating that a decision was taken to change banknotes in 2016. “Monetarily, it is affirmative; there will be no change in banknotes. Only a political decision could change that, “says the official source of BCT. What would happen then?

At the issuing institution, we are told that if such a political decision had to be taken, “it would take between 3 and 3 and a half years between the decision and the completion of the process of changing banknotes and bringing them into circulation “, which, in our opinion, would leave enough time for those they want to trap to find the necessary solution.

If the political decision had to be taken, things in 2016 are indeed different from 2013 when the change in banknotes involved solely political signs, which made things a little easier.

For a total change – size, colors, signs and images – it would, in the opinion of our source, take an average of 6 months to brainstorm with experts, civil society and political parties, to

determine the final characteristics of the new banknote and 6-9 more months to launch an international tender.

A cost higher than that of 2013 would be expected since prices of the different components of the banknote (paper, cotton, ink and other safety elements) having significantly increased. Our source puts the 2016 cost at 110 to 120 MTD.

Because of lack of legislation, we cannot force anyone to open a bank account

There remains the essential, which is the goal or purpose of changing banknotes in circulation. In this regard, all agree on the fact that it is the fight against parallel trade and smuggling. However, in the current state of the law, the average citizen can stand at the counter of the BCT with a full bag of banknotes, change them and leave with new banknotes upon presentation of a form and without even being asked an ID. The law does not oblige then the BCT to ask him where the money comes from or to get him to put his money in a bank account, which is a necessary measure for the traceability of the new banknotes he has exchanged. “We cannot force citizens to have a bank or postal account. No law obliges him to do and it is unthinkable. The measure, therefore, becomes unnecessary as there is no requirement for traceability, “says our source.

And while others would advocate a shift towards the generalization of electronic payment and reducing payment in banknotes, our source said that “the only way to encourage citizens to open an account, to declare their fortune and put it in an account in dinars or foreign currency is for the double amnesty, fiscal and exchange.”

He recalled that this had been proposed in the Finance Act 2016 and rejected by the House of People’s Representatives (HPR). “And even if it would have been accepted, the BCT would have a problem with the cash that could be presented; Tunisia has signed international conventions against money laundering. There would then be obligation to know and to notify the source of funds that could be affected by the amnesty, “also adds our source from BCT.

More than 7,700 attacks by threats disguised as dating apps in...