HomeFeatured NewsBergamini said it; an expert based in Switzerland repeats it
Featured News

Bergamini said it; an expert based in Switzerland repeats it 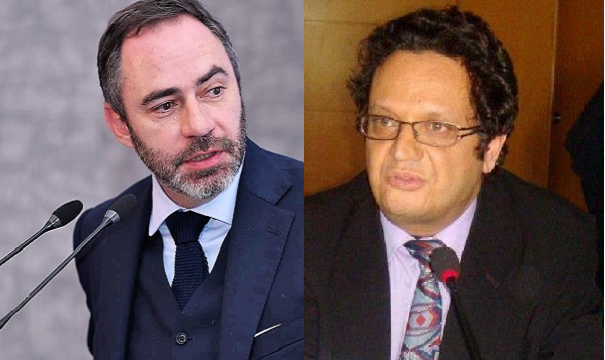 Ambassador of the European Union in Tunisia Patrice Bergamini said in an interview that will go down in annals, at least by the outcry it provoked on Tunisian soil, that the problem of the country was not political but economic.

The sound of the avalanche of criticism still resonates. Riadh Sidaoui, Director of the Geneva-based Arab Centre for Research and Political and Social Analysis (CARAPS) has just made the same observations, more or less.

He will certainly benefit from more clemency on the part of an uncompromising public opinion that shoots everything and everyone, because what they say, he and Bergamini, has just been confirmed in the facts.

After a seven-day national mourning of President Béji Caid Essebsi (BCE), the first democratically elected president, who died on July 25, 2019, Tunisians are looking to the future.

In the coming weeks, the country will enter a period of electoral turmoil. The democratic transition is well under way.

Just hours after the announcement of the death of the head of state, the Speaker of Parliament Mohamed Ennaceur was declared interim President, according to the provisions of the Constitution.

A legislative poll is scheduled for October 6, 2019 and the date of the presidential election was brought forward to September 15, 2019 “in order to respect the timetable spelled out by the Constitution”, the interim president cannot remain in office more than 90 days.

Everything happened in the rules of art for the young Tunisian democracy, the only democracy rescued from the Arab Spring.

International institutions have constantly praised this Tunisian exception. But, they are still worried about the economy, which has been going through a very rocky patch for more than 8 years.

Democracy confirmed, yet without growth

In May 2014, the World Bank criticized Tunisia’s past economic policies in its report: “The Unfinished Revolution”.

“Tunisia’s disappointing economic performance is the result of multiple barriers to market functioning and deep distortions instilled by well-intentioned but misguided economic policies.”

The global donor recognized in 2018 that Tunisia has managed to break the political stalemate of 2014 and move towards an open and democratic governance system.

For, the biggest investors in the world are private developers who are always looking for earnings in stable countries.

They are free electrons and nobody can force them to invest in one country and not in another (…). Only the efficiency and stability of the Tunisian economy could attract them. Tunisia must become a competitive country,” he pointed out.

In response to a question from TAP on the weak points, the expert wished to recall that the economic issue is not among the prerogatives of the President of the Republic as stipulated in the new Tunisian Constitution.

“The president is primarily responsible for international affairs and defense. He is a unifying symbol, but he has no direct relationship with the files of health, education, employment, economy, transportation. These are the prerogatives of the Prime Minister,” he told TAP.

According to him, economic diplomacy can play a role in the mobilization of international aid for the benefit of Tunisia, but this aid has so far been very small compared to the needs of the Tunisian economy.

Lack of economic growth can impact democracy and its functioning

Since the revolution of January 2011, Tunisia has continued to progress on the political and democratic levels. But these advances have not been accompanied by the hoped-for economic growth. The country is still going through very tough times and the situation worries more and more Tunisians.

Growth is slow. Public and current deficits are getting worse. Unemployment and regional and social inequalities have widened further and investment is struggling to recover.

In 2017, nearly 15,000 young Tunisians left the country for Europe. The unemployment rate reached 15.3%. Tunisia is still struggling to provide jobs to its graduates.

Inflation is high. Purchasing power is deteriorating. The IMF lent the country about $ 3 billion. Tunisian households are heavily indebted.

All these elements have been recognized by the successive leaders of Tunisia. They had reminded Tunisians in their speeches, on several occasions, of the magnitude of the challenges to be met in this area, without however enlightening them on the possible outputs.

Most economic decisions were not very helpful, especially for poor families and disadvantaged social groups.

The GDP rate in Tunisia “will most likely be around 2% at most”, while “reaching the target of a budget deficit of 3.9% of GDP is crucial to limit the accumulation of public debt, which has already reached 77% of GDP by the end of 2018, “says the IMF …

Although Tunisians continue to express their “disappointed expectations” of the revolution, a large majority of them today recognize that the young Tunisian democracy has managed to stand out as a model in the Arab world.

It is confirmed, Tunisia has today met its democratic challenge, but the candidates for the next legislative and presidential elections should know that it is only by returning to economic growth that the country will be able to advance further on the path of democracy, without fearing a social experiment that could go wrong. The political transition is already underway, time now for the economy!

AU flag hoisting ceremony at the African Institute for Remittances