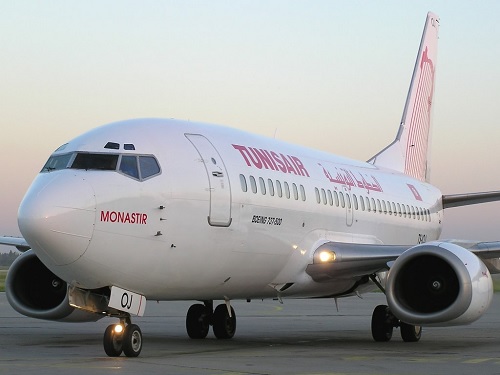 Two other figures are worrying in this quarterly report of Tunisair. First, the number of employees who increased from 3,684 in the second quarter of 2018 to 3,746 employees a year later, at the end of the 2nd quarter of 2019. This means an increase of 62 new employees, as the company was preparing a social plan involving the layoff of hundreds.

As a result, Tunisair’s salary costs rose to 51,539 MD. For the entire first half of 2019, the company will have taken on almost 9 MD more in salaries, which will not fix its financial situation.

Then there is the number of punctuality of the fleet, which continues to deteriorate, despite an increase compared to the end of the first quarter.

The number of aircraft in operation has not moved from one period to another, frozen at 28, including 7 on leasing!

The sluggish quarterly report of Tunisair has not improved with the increase in its expenditures, despite a stabilization of fuel expenditure to 105 MD from the 2nd quarter to the next.

Over the entire period of the first 6 months, these expenses will still have increased by more than 4 MD.

Apart from that, all the other expenses have gone up: more than 6 MD for the expenses of commercial assistance, almost 2 MD more for the Catering, 12 MD more for the airport fees and the rent of the planes which doubled from 3.8 MD in the first half of 2018 to 7.2 MD at the end of June 2019.

And to make matters worse and though Tunisair’s debt dropped to 989 MD against 1.016 billion TD, its financial burden increased by almost 4 MD between June 2018 and June 2019.

Tunisia: Chadian delegation in Tunis to prepare an economic mission