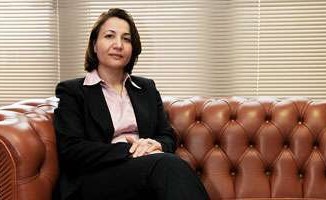 CEO of Tunis Ré, Lamia Ben Mahmoud gave African Manager an exclusive interview in which she spoke of several issues, including the sovereign rating of Tunisia and the mission of the strategic partner to the company.

Ben Mahmoud also talked about the financial situation of the company during the years 2015 and 2016 and development prospects for the coming years.

How do you rate the financial results of Tunis Ré in 2015?

The year 2015 was very positive and satisfactory for Tunis Ré, despite a very difficult environment, characterized by strong competition. It was possible in 2015 to improve our level of loss and end the year with a profit of 14.4 MTD, i.e. a significant improvement of 24% compared to 2014.

From the point of view of realization, we are at a good rate despite a highly concentrated and competitive environment but that has potential and good prospects for development.

What are the growth prospects for the company?

We have increased our capital in 2015 and this will help us a lot in the work of business development, expand our subscription capacity following the strengthening of our capital base through capital increase, conquer new markets and increase our acceptances that were previously somewhat biased by the level of equity.

We also target Turkey and Iran where we already have some development acceptances. We also continue to develop the re-takaful, a branch that emerges and expands and whose share in the company’s turnover has increased from 4 to 7%. This is a sector where there is strong demand.

We also want to develop the life business while targeting the foreign market whether Arab or African countries where there is significant life insurance coverage demand.

You gave up the entry of a strategic partner in the capital of the company, why?

It’s simply in order to preserve the identity of the company. Until then, the offers we have received wanted the majority (50%) while we only want 25%.

The country risk weight weighs heavily on the rating of the company. We wanted to expand our capital with the entry of a foreign partner to minimize the country risk. We also wanted a partner better rated than Tunis Ré and from a country rated better than ours to help us boost our rating.

You also indicated that the sovereign rating of the country is blocking for the company, can you elaborate on that?

Yes! Some regional markets as Saudi Arabia, the UAE and other Gulf countries’ markets erect barriers to entry and a rating level not less than “A” while the company’s rating  is in line with our country now “B”, and this has prevented us from diversifying our portfolio and entering new markets ..

This is a loss for Tunis Ré as an international insurer. Several opportunities were lost due to the rating of our country.

Tunisia: volume of foreign trade down in April (INS)