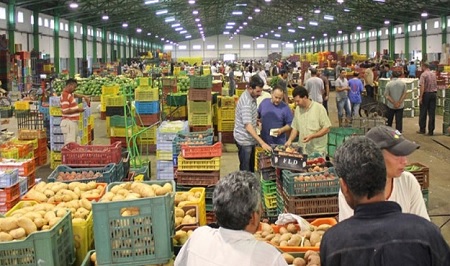 52% of food companies expect the sector to grow over the next six months, according to the results of a survey on the evaluation of the impact of COVID-19 on the food industry carried out among 70 companies operating in the sector (milk, grain, canned food, meat …).

The survey carried out by the Bizerte Technopark also revealed that 46% of companies expect an improvement in their activities over the same period, Director General of the Bizerte Agri-Food Technopark Noureddine Agrebi said in an interview with TAP.

The food industry sector has not been greatly affected by the impact of the COVID-19 pandemic, unlike other sectors (textiles and tourism …), despite supply problems and labor shortages, Agrebi pointed out.

He recalled that the chains of the national agri-food industries’ system are composed of 490 thousand farmers, 40 thousand employees in the food industries and 200 thousand vendors responsible for ensuring market supply.

The study reveals that 68% of agri-food companies have recorded a drop in the number of transactions since the spread of COVID-19, compared to a stable turnover for 32% of the companies surveyed.

Two thirds of these companies were forced to reduce their workforce, after the decision of the general lockdown, as they did not obtain work permits and recorded a drop in their exports.

Labor shortages, absences and low output have caused a 48% drop in the sector’s productivity, with 93% of the companies surveyed experiencing a drop in output since March 21, 2020.

Still according to the survey, 71% of companies confirmed that they face difficulties in terms of importing or supplying the local market with raw materials as soon as the virus spread throughout the world and in Tunisia.

Some companies have encountered problems in the packaging and wrapping of their products and others in exports, due to logistical problems, the high cost of maritime transport and the reduction or cancellation of orders from abroad.

On the other hand, 58% of the companies’ export rate decreased, 54% of the companies noted long delays in exporting and 19% underlined the fall in the prices of products intended for export.

However, 23% of the companies surveyed stated that their exports were not affected by COVID-19, even generating growth.

81% of the companies complained about the delay of certain activities due to the closure of administrations and the delay in the pace of banking transactions due to lockdown.

The survey suggests an improvement in turnover for 60% of the companies surveyed that operate in the grain and derivatives sector.

80% of these companies anticipate the growth of their activities and the development of their economic situation over the next period.

However, 60% of these companies have encountered problems related to supply on the local market, and 60% have reduced their workforce.

The consumption of grain and derivatives, especially semolina and flour, has increased since the spread of COVID-19 and the country’s imports of durum wheat grew by 36.5% (319 thousand tons) by the end of March 2020.