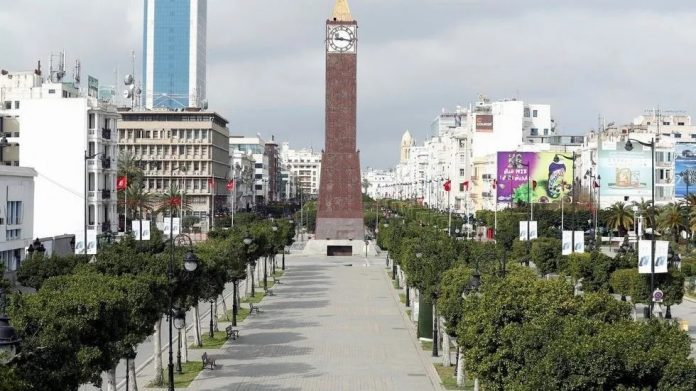 In many ways, it seems that it is time for a check-up on the coronavirus pandemic in Tunisia.

More than 60% of households have been impacted in one way or another by this health crisis unprecedented in the annals of the country for almost a century, according to a “study conducted by the National Institute of Statistics, in collaboration with the World Bank, among a panel of 1369 households representative of the Tunisian population.

The first result that emerges from the survey is the good knowledge by Tunisians who say they have measures to respect to limit the spread of the virus.

The vast majority of respondents have adopted and respected basic hygiene and social distancing measures, they say.

In terms of the availability of consumer goods, the health crisis has had repercussions on the supply of certain basic products, mainly flour and semolina and, to a lesser extent, sanitary products.

This shortage has affected all classes of the population relatively equally.

On the other hand, access to sanitary products was more difficult for people with a lower standard of living.

These products were almost twice as inaccessible for the poorest quintile as for the richest quintile of the population.

This survey confirms that the rate of social security coverage and its quality are worse for the most economically vulnerable people.

This section of the population would therefore a priori be more exposed to the impact of a health crisis.

However, the difficulty of access to health care in the context of lockdown has affected all groups of the population almost uniformly.

This is mainly due to difficulties in moving around and finding medical personnel available during the lockdown.

2 out of 3 households impacted

In addition, the survey reveals that nearly two-thirds of households were impacted in some form by COVID-19, mainly through increased food prices and job loss.

For example, more than one-third of respondents said they feared running out of food for financial reasons.

This fear was more pronounced in rural areas and for households with a low standard of living. These fears translated for a portion of the population into a change in eating habits by reducing the quantities consumed or eating foods that are not normally appreciated.

To cope with rising food prices or to compensate for the loss of their jobs, the households surveyed have drawn on their savings (more than 25%), received assistance or borrowed money from relatives (more than 25%), resorted to deferred payment of their obligations (about 15%); while some have changed their food and non-food consumption habits.

In terms of employment, economic activity was sharply reduced for the vast majority of workers, and a drop in income was observed.

As a result, only one third of the respondents who stated that they had been working before confinement were able to continue working.

Among those who were out of work, only 40% of employees received all or part of their wages. Family production units were also strongly impacted by the crisis.

It should be noted that about one third of the respondents report having stored, as a precaution, everyday consumer goods.

Self-medication and traditional medicine use behaviors against COVID-19 appear to be limited in the population. 37% of respondents who needed medical assistance were unable to access it. This rate rises to nearly 50% for the poorest households.

The lack of access to care is mainly due to limited movement due to lockdown but also to the difficulty in finding available medical personnel.

Work stoppage was also reported to have affected two-thirds of the employees surveyed.

Teleworking affected only one employee in ten of those who were able to continue working.

This ability to diversify the way of working (by switching to teleworking) increases with the standard of living to reach almost one in three employees in the richest quintile.

The majority (60%) of employees who stopped working would not have received a salary.

This lack of pay affects nearly 80% of wage earners in the two poorest quintiles and, in similar proportions, those working in agriculture and industry (including construction).

Angola to diversify exports to US