Due to lack of liquidity, Tunisair reduces flights to Africa and elsewhere 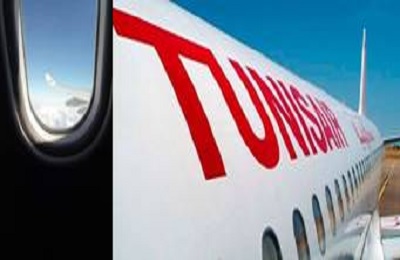 National carrier Tunisair reduces flights, by canceling 200 regular flights per month for 3 months. This reduction of 10% of Tunisair flights will take place from June 1 and will continue until September 15th.

This will affect all flights, mainly to European destinations, but also to African destinations. The choice, we are told from official sources in the company, was made on the basis of the least profitable routes for the company.

In a statement, Tunisair said that the criteria for choosing canceled flights are the profitability, the filling rate and the availability of other flights during the same day during the same week, to ensure passenger transport, without affecting schedule and charter in particular.

“For Africa, except for Cotonou, which was completely abandoned [Editor’s note: Yet opened last year at highly publicized ceremony], we have just decreased the frequencies for the others, like Dakar, Conakry, Ouagadougou, Niamey or Nouakchott ” for the whole three-month period, Tunisair reassured.

The company’s press release said that 90% of canceled seats have already been transferred to other flights.

Why such a big cancellation

This redeployment of the Tunisair fleet, by the cancellation of 200 scheduled flights each month during the next 3 months of 2019 (total of 600 flights over the period of the 3 months of the summer), is in fact a decision that is first imposed by the lack of the unavailability of 4 aircraft in the fleet.

These four devices require maintenance and Tunisair does not have the financial means to do so and in particular to import the necessary parts and equipment.

We are also assured that at the end of 2020 and 2021, Tunisair will receive five new aircraft from Airbus.

The flight reduction is then a decision that will be fraught with financial consequences.

As is concerns only scheduled flights, its impact will be very important somewhere. The charter activity, transport of tourists, represents only 10% of Tunisair’s overall activity.

Tunisair’s overall market share is 34% in summer; it generally falls to 25% or 26% due to the influx of other Charter companies during the summer season. The activity of Tunisair will therefore drop.

The company should even record a shortfall of 25 to 30 MD per 100,000 passengers canceled in 2019. On a projected turnover of 1.8 billion DT, the impact remains quite limited.

This should not, either, impact the final result, because of the choice of the least profitable lines.

This redeployment of the fleet should also lead, for Tunisair, to the removal of some 200,000 seats, of which 80,000 already reserved.

In the company, we are assured indeed that “they will be preserved and protected on other flights of the company”.

Tunisair has no money at the moment, but is obviously managing the crisis, despite the admission of its largest shareholder, the state, which has no money to give it.

Youssef Chahed returns to reason for Tunisair. But not too much!

However, it seems that after this angry blow during the participative debate on the transport sector, the Prime Minister returned to reason and decided a small Cabinet meeting on Tunisair.

During the meeting, a restructuring plan for Tunisair was already approved by the government, the contours and details of which are still unknown.

All we know is that the company would also be in great discussion with CAREP (Commission to restructure public enterprises) for the development of the structure of the next capital increase, as well as for the next social plan that will always concern 1,200 people.

For the capital increase, it should spread over 3 years, according to our sources.

It is not known, however, whether the state will put money in it and in what way. The only certainty on this subject is that the State will not sell any of its shares in the capital of the company and gives priority, for the moment, to the recovery of the financial situation of Tunisair.

As for the social plan of Tunisair, the company will put in it 52 MD donated a few years ago and not spent because of the non application of the old restructuring plan.

It should be the only state participation. All the rest will have to be provided by Tunisair through all that it will have to save on the wages of those who should leave under the social plan.

The latter will also be spread over 3 years and be based on 400 per year.