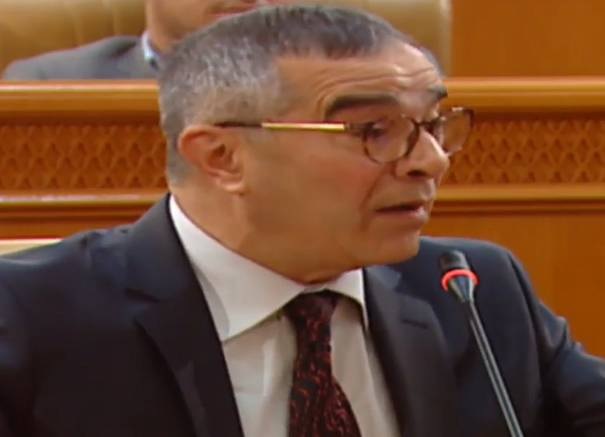 According to an optimistic IMF scenario, Tunisia’s GDP will be -4.3%, and Tunisia would experience the biggest recession since Independence and certainly in all its contemporary history.

The decline in GDP, this time according to the Arab Institute of Business Leaders (IACE), is expected to be 3.6%.

“Thema”, a think-tank set up by economic expert Hachemi Alaya, estimates that GDP would deepen even further to -5.7%. This compares with an official forecast of 2.7%.

All agree on the fact that 2020 will be the year of the recession, with what should follow in increased unemployment which should be untenable, and a drop in state revenues that the IMF already estimates at five billion DT.

A fall in the State’s own resources, which should also put the State budget for the financial year 2021 in a more than very difficult situation.

In the meantime and in the face of these figures, the government of Elyes Fakhfakh still cannot emerge from the Coronavirus crisis, with a so-called progressive and targeted deconfinement that should find the Tunisian economy in an untenable situation, for a government that still does not know where it is going, or does not say so yet.

That situation should, normally, at least push the Ministry of Development to update the macroeconomic framework to give a minimum of visibility to local and foreign actors.

This framework had already been done for the purposes of the latest financial assistance from the IMF, theoretically provided for the fight against the Coronavirus, and which will eventually be used for the important purposes of financing the budget and the balance of payments, estimated at 2.6 and 4.7 per cent of GDP, respectively.

On the 24th of this month, Development Minister Slim Azzabi talked about the debt. The debt is becoming unsustainable, as none of the members of the government will admit, but also as none of them and their leaders will want to show otherwise.

For the time being, the Tunisian debt is unsustainable, at least because it is still only used for consumption and the risk of payment default is no longer a chimera.

Slim Azzabi has “sworn his great gods” that they will avoid this. Reminding him of this at the Parliament, Deputy Faisal Derbel also advised him to “as of now, prepare for possible discussions with donors on the deferral of certain payments.

The situation is serious, and could lead us to ask for the deferral of certain credits for the principal, and for some bilateral credits (with the multilaterals, this will be impossible, at the risk of closing all credit doors),” says the MP.

Derbel wonders again, equally incredulous, that “when we hear the governor of the BCT say that we will have to inject 7 or 8 billion TD into the economic circuits, I wonder how we could do it? But the latest IMF report says that the country’s fiscal inflows will be 5 billion DT lower than the official forecasts.

So what will we do and how will we remedy this? When we know that we will have to mobilize 8.8 billion from local and international markets (€1.1 billion), I tell myself that it is almost impossible”.

The MP will have warned him …And yet, he will do so

An old backpacker on the financial scene, the MP [Editor’s note: Unfortunately from Ennahdha] then advised him that “to avoid the risk of payment default, we must find the right solutions.

And here I must insist that we avoid the easy solutions, because more attractive, and I say this quite frankly, is the increase in taxes and other contributions.

This kind of solution will deal a fatal blow to the economy, a kind of resignation by investors, and will lead us to the economic infarct that we must avoid”.

We believe, however, that his Echaab and Ettayar ministers will end up pushing the Prime Minister and his Finance Minister, who is also revolutionary on the edges, to believe one of his first tweets, towards this economic infarct, through new fiscal measures that would explode the fiscal pressure on everyone!

As we have already said, the money to avoid a new recourse to debt exists and only requires a political decision from a head of government who agrees to sacrifice his political career.

The money, in dinars, foreign currency, gold and diamonds, is already in the BCT’s coffers, confiscated from smugglers, tax evaders and others, awaiting a judicial decision.

The money exists in the houses of the smugglers, whose large families are known by name.

So far, the Prime Minister has fired 11 shots at the decree-law on 11 occasions. Shots, however, all blank. Shots where he has so far avoided the real niches of money that would save both the state budget and the Prime Minister’s own mandate.