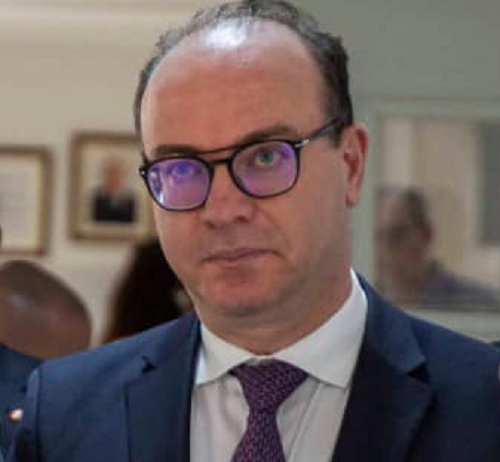 We once believed him to be the man of President Kais Saïed. The Prime Minister now turns out to be Rached Ghannouchi’s. Things are now clear and official. It is neither his competence nor his charisma, still less his program that brought the current Prime Minister Elyes Fakhfakh to power in the Kasbah.

It was just a pact, a deal that was hitherto secret, with Ennahdha’s Tunisian Islamist party, which had brought him there.

And it is this same political party that raised the veil, certainly on only a part of this pact, through the voice of Ali Larayedh [ar]. “It was during the formation of the government [editor’s note: Elyes Fakhfakh] that it was agreed with the parties that the Prime Minister should have advisors from the parties forming the government, but the crisis of the coronavirus pandemic delayed that,” Ennahdha’s former Prime Minister told Akher khabar online.

Already in the government, Ennahdha gets his hands on the Administration

Appointments, or an intention of several other appointments, which will be, a priori, contrary to the constitution.

Indeed, Ministers or Secretaries of State are first voted by the parliament, which is not the case for these advisors-ministers and who would have to take an oath of office in the service of the country.

And that will not be the case either, by letting them free to serve their parties and not the country. Then we understand that these appointments will certainly not be the only ones.

Nor is it surprising that the current prime minister has even gone so far as to delegate some of his powers to the second pillar of his government, Mohamed Abbou [ar].

Will he do the same with the two other ministers of state in Ennahdha? What other of his prerogatives will he delegate to them? Was all this also part of the deal? What else is in the deal? How many other ministers, and which ones, will they be or are already assigned such “advisers”? Does Elyes Fakhfakh intend to talk about it to those he governs in the name of an Islamist party that he has never completely trusted? Was his president aware of this deal?

These questions arise not out of a desire to eradicate Ennahdha, as Ali Larayedh would make believe, but on the basis of figures.

Indeed, according to the results of the political barometer carried out by “Sigma Conseil” during the period from April 15 to 18 of this year, the president and founder of the Tunisian Islamist movement Ennahdha, Rached Ghannouchi, is in the bottom of the ranking in terms of confidence. 63% of Tunisians say they have no confidence in this political personality.

According to Emrhod Consulting, which conducted a poll on April 22, 2020, Rached Ghannouchi would have had only 1% confidence, and his party 7.4%, according to another poll conducted in February 2020 as well.

But why be surprised? Elyes Fakhfakh himself comes from a party that has almost disappeared!

In the meantime, and in the wake of the Coronavirus crisis, he has not forgotten his “promises” to his political mentor and pays him cash, with for the moment 2 advisors, ministers without portfolio, giving free rein to Ennahdha to place its men.

Ennahdha, unloved party but blessed by Fakhfakh, goes to the reconquest, transport and health first

Already, the Minister of Transport and Logistics has begun to place Ennahdha’s men at the head of more than one company.

At the OMMP, manager of all the country’s maritime entrances, he was previously given amnesty as member the Tunisian Islamist party.

Mahmoud Bouziri used to work for the shipowner Maersk, a Danish operator which is still in dispute with the OMMP.

At CTN, there is also a close associate of Ennahdha, who was also the financial director of the same Maersk, before becoming the CEO of its Tunisian branch. Coincidences, a bit strange!

It is not yet known who the Minister will put at the ATT, whose CEO he has just dislodged, nor who he will put at the OACA, at the DG of Civil Aviation, also in the spotlight, just like the Secretary General of Tunisair, to whose CEO he would have vainly proposed other names.

Long before him, Abdellatif Mekki, “Covidi-19 superstar”, had already removed Dr. Chokri Hammouda, the man of the fight against coronavirus and replaced him with an Ennahdha follower, Mohamed Chaouch who was in charge of Hajj at the Ministry of Health.

Politically diminished during the last legislative elections, and having been unable to add the Executive to the Legislative, the Ennahdha movement is trying to take power by the root, by taking the Administration in hand to make it the tool for taking power throughout the country. All this with the blessing of the Prime Minister.

Tunisia: Tunisair announces discounts on its flights to the Gulf