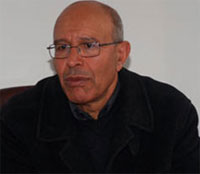 Mohamed Kilani; Secretary-General of the Socialist Party says that the democratic opposition is in a stalemate, in the absence of a proper management of the crisis faced by the country since July 25. Moreover, he finds that Ennahdha is the only winner, by giving the impression that it is making concessions.

What is your reading of the recent statement by NCA President, Mustapha Ben Jaafar, in which he called on withdrawn deputies to resume work to find an urgent solution to the current crisis?

The current stage no longer affords new speeches or additional propaganda. Today, we need serious decisions and getting straight into the phase of action and execution.

On the political front, I think the situation in the Constituent Assembly is quite complicated. The resumption of work of the NCA with the same prerogatives is illogical, especially after the massive mobilization of the people against the Assembly lately.

The people have clearly expressed their position vis-à-vis the only legitimate institution after the second political assassination experienced by the country in transition, asking to limit the powers of the NCA so that it focuses primarily on the drafting of the constitution, the establishment of an election body and the enactment of an electoral law.

It is a democratic demand launched by more than a million Tunisians who came out on August 6 and continue to take to the street in different regions.

So I can say that the resumption of work in the NCA without any guarantee is difficult. This will open the door for profiteers and the speech of Ben Jaafar is disappointing. He tried to manipulate the public opinion.

In my opinion resolving the crisis remains dependent on the establishment of necessary guarantees.

What are these guarantees?

I think it’s time to limit the role of the NCA by determining its prerogatives that must be confined to drafting the constitution, establishing an election body and enacting an electoral law.

Without this guarantee, we can say that the crisis will worsen.

Despite the dismal failure of indirect negotiations between the ruling coalition and the opposition, the National Salvation Front maintains the pressure of streets demanding the immediate resignation of the government. Do you think the opposition will succeed in finding a solution?

Indeed, the democratic opposition is in a stalemate, the National Salvation Front (NSF) in particular. Despite the initiatives, no target has been reached, and there is no real change in the situation.

Unfortunately, good and strong management does not exist in the ranks of the left. We must admit that we cannot even run single sit- ins. Anything that is not defined in terms of timing and control objectives and alliances constitutes a danger to the process of struggle itself, and beyond for the opposition and for the people.

In this context, the downward trend of mobilization since the assassination of Mohamed Brahmi and the expected shortness of breath give an advantage to Ennahdha which will be the only winner.

It is for this reason that the Islamist movement gives the impression of being right. It made a breakthrough in the media plan. It took advantage of the concessions made at the recent meeting in France between the leader and President of Nidaa Tounes, Beji Caïed Essebsi to become more aggressive towards the opposition.

So you expect the failure of the opposition in this struggle against the ruling troika?

We see that we are in trouble. We have a poor management of the situation. We are trying to withstand without achieving anything in practice. We are simply winning in values and principles.

Actually there is no troika anymore. It’s Ennahdha which is looking for an emergency solution and an exit strategy by continuing talks with other political forces. This proves that it no longer wants its two allies: Ettakatol and CpR.

It is noted that the ruling party has chosen to handle the situation alone. Ennahdha, immobilized since the advent of the Revolution, is changing status today and its goal now is to form a government of election to be better prepared for the next stage.

In your opinion, what are the constraints faced during the long negotiations?

Unfortunately, all proposals were rejected. Worse, Ennahdha is now maneuvering against everyone based on double standards to demobilize opinion and create tension.

In my opinion, Ennahdha is a first-class manipulator and the Tunisian political community cannot match it, unfortunately, in this chapter.

In such a situation, national organizations sponsoring national dialogue and the other parties will change altitude vis-à -vis the troika and Ennahdha. The UGTT and UTICA will no longer act as mediators but as stakeholders.

I think we can not have a crisis, if these two organizations do not change their attitude knowing that the public opinion and the broad masses are turning to these two sides which have their say in this particular climate.

How do you then consider the contribution of the UGTT and UTICA in the process?

Both organizations must not be mediators especially the proposal of the UGTT has become a national proposal supported by all democratic political forces and national organizations.

Today, it is up to them to choose the form to take to defend their proposal which is considered important and beneficial.

In this context, the political landscape is changing, especially with the birth of the National Salvation Front which is playing an important role?

The National Salvation Front can play an important role in this process.

I hope this coalition will turn into a public salvation front that will be concerned about democratic and civic issues and be able to oversee the Tunisian society.

Let us speaking a bit about the economy, how it stands?

The next year will be a more difficult year. The fallout from the crisis will be very heavy, especially for the lower classes. We will live a double-digit inflation, caused by the huge monetary injection and the policy of the Central Bank in order to create a false stability. All this will probably fall on our heads.

The economy will seriously be hit by this crisis which will take a turn never seen before. Worse, wages and the purchasing power will evaporate.

The people, in my opinion, will not keep silent and 2014 will be a difficult year on all fronts and the mastery of this crisis will require a different policy

I think the national proposal of the UGTT will try to deal with this crisis.

How do you see the future

Despite its difficulties, this fight will probably help develop a democratic republican constitution.

Tunisia: will to defeat terrorism is not common lot of Deputies