HomeNewsFakhfakh : Commitment to dialogue and consultation with social partners
News

Fakhfakh : Commitment to dialogue and consultation with social partners 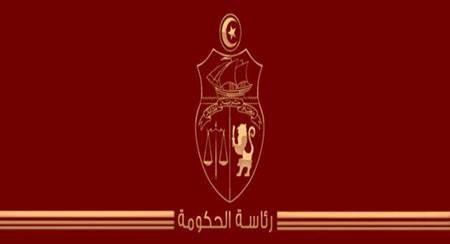 Prime Minister Elyes Fakhfakh, on Friday, affirmed his government’s commitment to dialogue and consultation with the social partners on all major social and national issues, stressing that the continued control of the spread of the Coronavirus remains dependent on the adherence of all Tunisians and their compliance with the sanitary and preventive procedures of the targeted sanitary lockdown.

In a statement issued by the Prime Ministry on the occasion of the celebration of Labour Day, Fakhfakh emphasised the Government’s concern to protect occupational and material rights and to guarantee decent working conditions for all workers in accordance with occupational health and safety standards and the conventions concluded in this framework. In this regard, he commended the role of the Tunisian General Labour Union (UGTT) in defending workers’ rights and their legitimate demands for employment and dignity.

The Prime Minister also paid tribute to the workers’ organisation for its efforts to improve the social climate and for its active contribution on all key dates in Tunisia’s history.

The Prime Minister, in the same context, commended the efforts of the medical and paramedical personnel and all workers in the health sector, as well as all those on the front line, for their efforts to combat this pandemic and control its spread.

Fakhfakh greeted all employees and intellectual and manual workers in all regions of the country and in all sectors as well as all professional organisations of workers and employers on the occasion of the International Labour Day.

He said that the socio-economic measures announced as part of the support for enterprises to deal with the fallout from the coronavirus were aimed primarily at preserving jobs and workers’ rights, as well as ensuring the sustainability of the enterprise and enabling it to play its full role in the economic recovery phase so that the country could return to the usual growth rate in the post-crisis period.

In this regard, he stressed the importance of the role of the private sector in supporting the efforts of the State.