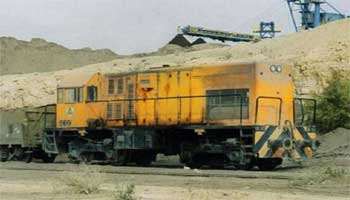 A budget of 60 million dinars was allocated by the Gafsa Phosphates Company (CPG) in the years 2014, 2015 and 2016 for the implementation of development projects in various sectors in delegations of the Governorate of Gafsa.
These projects aim to help overcome development challenges in different sectors, said Cherif Belhassen, Director of Social Affairs at CPG.
An average of 20 million dinars will be allocated per year with a commitment from the GPC to transfer this amount to the regional council and departments concerned to carry out  projects scheduled as part of agreements between this national company and the regional directorates, the source said in a statement to TAP correspondent in the region.
The highest authority of public order (NOPP) in Tunis had recently approved a contract to support municipalities in the governorate of Gafsa and its regional councils worth 5.7 million dinars.
These include the granting of cleanliness of equipment, machinery, trucks, and others, said the same source.
The CPG also funded, in respect of 2014, planting grass in lands in districts in Gafsa, Redayef, Mdhilla, Om larayes and Metlaoui.
A budget of 3.7 million dinars was mobilized for the health sector in 2014, with 650,000 dinars as a contribution from the CPG to achieve the transformation of the local hospital of Mdhilla into a regional hospital, the source said.
The remaining amount of the budget will be spent on the purchase of 8 ambulances and 14 all-terrain vehicles, in addition to the granting of a scanner for the hospital of Metlaoui, said Belhassen.
In the agriculture sector, particularly regarding irrigation water, an amount of 4.5 million dinars was allocated under 2014 to drill 7 wells whose implementation is in progress.
A budget of 2.9 million dinars was allocated to the education sector with the granting of 500 computers to educational institutions, added the same source.
Share
Facebook
Twitter
Linkedin
Email
WhatsApp
Viber
Pinterest
ReddIt
Tumblr
Telegram
Digg
Mix
Print
Previous articleUN and partners call for US$ 2 billion for emergency needs in the Sahel
Next articleTunisia: Chambers of Commerce of Tunis and Oman sign cooperation agreement

Tunisia: SOTUVER increases its net profit by 60% to 10 million...