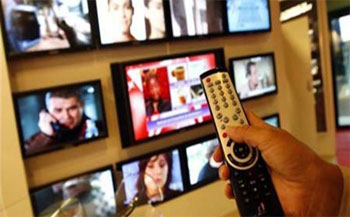 During the month of Ramadan, Tunisians used to be glued to national television channels. The rest of the year, viewers tend to turn to foreign channels.

After breaking the fast, the streets remain desperately empty for nearly two hours, which is the time dedicated to two national TV series. And as usual and always during the holy month, directors, animators, artists worked hard to be ready in time and meet the challenge. Tough competition!

During the first day of Ramadan, Tunisian TV channels rolled out their new well-furnished programming schedules to increase their viewing figures during the holy month. Fierce competition ensued between the different channels that purposely schedule their dramas and series in primetime at a time when all members of the family are glued to the TV.

Too many ads kill ads!

It is clear that television advertising during Ramadan raises an unprecedented wave of protests. Evidently, this does not come from channels since they realize a big part of their annual revenues from advertising, but rather from viewers, who are thus inflicted unwanted cuts.

It seems it is time for the Higher Council of Communication to intervene to regulate, streamline and curb the desire for advertising that prevents those who do not wish to receive advertising from watching what they want without having to wait long minutes which sometimes can be counted in dozens and contribute to the over-consumption that hampers the economy!

Tunisia: flow of foreign investment amounts to 1.8 billion dinars at...

US: UN, civil aviation partners to reduce risks of flying over...