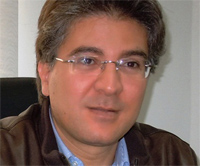 The new tax imposed on tourists upon departure from Tunisia and whose application has been postponed to October 1, 2014, was the subject of an interview with the President of the Tunisian Federation of Travel Agencies (FTAV) Mohamed Ali Toumi.

What is the position of the FTAV with respect to the tax imposed on tourists back to their country?

We are not against this new tax imposed on any person wishing to leave Tunisia, but rather against the information and rules for the application of this tax. We have asked earlier to introduce a tax of 10 euros on entry, but it turned out later that its application is a little tricky, hence its replacement by a departure tax.

What can one say about this new tax?

There are still reservations regarding this new tax. Nobody mentioned, for instance, the application techniques of this tax. We have learned the date of the entry into force of this new tax like everyone else. It was set initially on August 28 before being postponed to Oct. 1 without us being informed in advance though the case affects us directly.

Are you convinced of that date (October 1)?

We wanted this date to be postponed for the beginning of January 2015 for tour operators to be prepared before and so that they can prepare in advance their brochures.

You indicated that FTAV has some reservations about the tax, what are these reserves?

Yes, where does one buy the tax stamp? It is not possible to buy it at airports while hundreds of passengers return to their country each day. Tax revenues also can not solve the problem. I suggest buying the tax stamp from travel agencies and hotels.

Where these stamps will be affixed while many tourists like the Algerians come without passports? Will Trippers who come and go each day in Tunisia also pay the tax?

Will children whose age is less than two years the tax or not, knowing that they do not pay in hotels? For what purpose the funds raised through this tax should be used? We really need answers.

Algerians expressed their rejection of this tax, are they right?

What really worried me was the fact of exempting Tunisian expatriates from this tax. This exception may arouse the anger of Algerians. The reasons for excluding Tunisians living abroad are not yet clear. A meeting will be held on Monday, September 1, 2014, with the parties concerned to further discuss the decision.

Can we say that this new tax will have no negative impact on tourism?

This tax will certainly have a negative impact on tourism but we must accept it for the interest of the country.