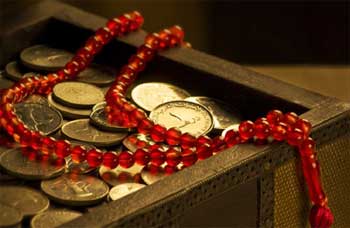 The sukuk market operates as a collection of local markets because of lack of integration and the Malaysian market remains the strongest by far, according to a Standard & Poor’s Ratings Services report.

Over 40 per cent of worldwide issuance in 2013 was short-term sukuk issued in ringgit by just one issuer–the Central Bank of Malaysia, it said.

Over the past 10 years, local sukuk issuance in Malaysia and the countries in the Gulf Cooperation Council (GCC) region has helped fuel impressive growth in domestic sukuk. But of the $117 billion in sukuk issued in 2013, only 16 per cent was

truly “international”–that is, listed on major exchanges and generally issued in hard currencies.

Most international issuances to date have originated in Malaysia or the GCC.

Since 2001, Standard & Poor’s has seen only about 20 international sukuk from issuers domiciled outside these countries, for a total amount of around $10 billion.

However, interest from issuers outside these traditional markets has increased, chiefly because Sharia-compliance attracts deep-pocketed Middle Eastern and Asian investors.

“We understand that about half of sukuk investors invest in such instruments for religious reasons. We also estimate that about 60 per cent of investors in sukuk issued by entities domiciled outside the GCC and Malaysia were from the Middle East and Asia,” the report said.

The structured nature and lower liquidity of sukuk means that they are generally priced with a premium compared with conventional bonds, so attracting these investors comes at a cost. “In future, we expect this premium to reduce as sukuk documentation becomes more standardised and liquidity stronger.”

Oil and gas export opportunities in Tanzania for UK companies