HomeFeatured NewsGradual lifting of restrictions: details on the second phase of the reopening
Featured News

Gradual lifting of restrictions: details on the second phase of the reopening 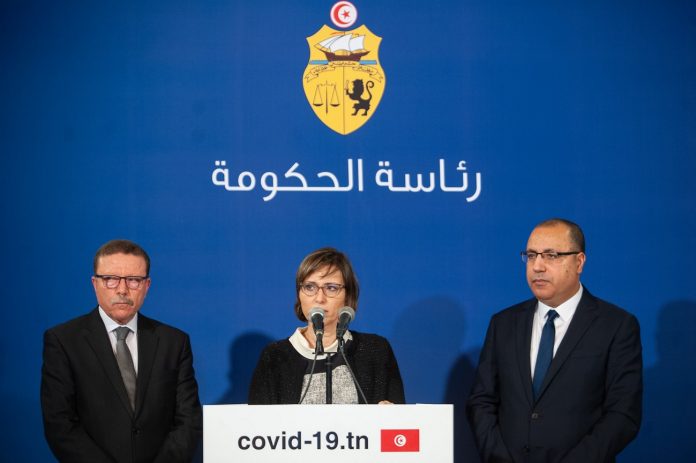 After a strict lockdown of almost two months, Tunisians will resume their lives under the strictest sanitary conditions and measures.

In this second phase of targeted deconfinement, the gradual lifting of restrictions is now possible. This is in view of the positive results of Tunisia’s epidemiological assessment.

Lobna Jeribi, Minister to the Prime Minister in charge of Major National Projects, gave an update on the new measures decided on Thursday May 21, 2020.

From May 26, 2020, the Industry, services and public works sectors will be able to increase the capacity of their activity by 50 to 75%.

She also announced that it has been decided to postpone the resumption of certain activities until June 4.

With regard to the civil service, state employees will continue to work under the single-session system with two working hours.

The same applies to the liberal professions, which will no longer have to work under the alternating system. From Monday May 26, daycare centers and kindergartens will resume their activities, with a capacity of 50%.

Reopening of mosques, restaurants and cafés from June 4

Cultural activities that include the opening of museums, art galleries and archaeological sites will also resume (50% of capacity and staff).

Cafés and restaurants are also affected by these measures.

They will open their doors during the third phase of the targeted lockdown. They will also begin takeaway service from May 26, 2020.

For the tourism sector, tourist restaurants and hotels, reopening will take place from June 4, 2020.

From June 4, cafés and restaurants will resume their activities. The latter are called upon to respect the measures of distancing and capacity set in these delicate circumstances,” she explained.

With regard to the start of the academic year scheduled for June 4, it was deferred until June 8, 2020.

Only students will be allowed to move between regions, according to Lobna Jeribi.

In this context, the minister indicated that the Scientific Committee in charge of examining the epidemiological situation has advocated the intensification of medical tests for students, given that travel is the main cause of the spread of the virus.

Travel permitted… only in these areas…

Interior Minister Hichem Mechichi announced at a press conference on Thursday, May 21, 2020, that travel between the governorates of Greater Tunis will be authorized during the Eid holidays.

He stressed that security patrols will be deployed to prohibit the movement of citizens between the rest of the governorates during the period of Eid al-Fitr.

All offenders will be banned and will be brought back home.

Only cases of force majeure, emergency situations and individuals with specific authorizations are allowed.

The Interior Minister also explained that previously granted travel permits granted to citizens to go to their work place are no longer valid during Eid.

Preventive measures… Only way to fight the virus

Prime Minister Elyes Fakhfakh spoke in a televised address on Al Wataniya 1 on Wednesday, May 20, 2020 about the latest developments in the general health situation in the country.

He spoke about the lockdown strategy. Great battles await Tunisia after that of the coronavirus, requiring a strong mobilization and as much solidarity, he pointed out.

In this context, he recalled that the Tunisian health system has not collapsed and that the approach adopted and put in place has been successful.

Tunisians will have to learn to live with the virus while following the necessary prevention measures, as long as there is no vaccine,” he warned.