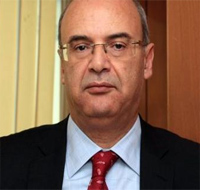 Minister of Economy and Finance, Hakim Ben Hammouda gave Africanmanager an exclusive interview in which he talked about the economic situation, described as “delicate and difficult.”

He also spoke of Tunisia’s debt, sounding the alarm bell about the risks that will affect the country in 2017, during which the debt will double, according to him.

Referring to the Draft Finance Law 2015, the Minister told us this bill will be submitted to the Prime Minister on October 24, revealing, in the same context, that new taxes will be decided in the context of this law.

What do you think of the current economic situation?

The economic situation is difficult and even critical, but we try to manage it with all members of the government.

We have managed so far to keep the general balances and reduce the public deficit, which is now above 6% and we hope to bring it back to below 5%.

We work in a difficult and sensitive context at the end of the transition but we try to stay the course based primarily on two aspects, macroeconomic stabilization (current account deficit and fiscal deficit) and banking and tax reforms.

We are on track despite the delay we made to meet our commitments in particular as regards the law on PPP (public private partnership) and the law on bank recapitalization.

We will finish the year while stabilizing the macro-economic situation and while pursuing reforms.

Mehdi Jomaa said that Tunisia needs three years of rigorous reforms, what do you think?

We totally agree with Mehdi Jomaa and it was primarily the government’s analysis. We started already with the supplementary budget law a major program of recovery that should continue for the next three years.

We will have to face much higher debt payments than today. Currently, there is 4 billion dinars debt repayment. In 2017, we would to have pay at least 8 billion dinars, which is double what we have today.

We sounded the alarm. We need to see growth and confidence resume shortly and that domestic and foreign investment regains ground. The next three years will be years of work and labor to continue the recovery effort.

When will you submit the Finance Act 2015?

According to the organic budget law, we have to submit the Finance Act 2015 by October 25, 2014 and since it is a Saturday, we will submit it next Friday, October 24, 2014. We have planned a press conference as had been done for the supplementary budget law 2014.

We will submit the Finance Act 2015 to the Prime Minister in the morning of Friday, October 24, 2014, just before the press conference.

What are the main features of this law?

We are finalizing the last count, and the broad lines of the new law will be the same that we had defended at the supplementary budget law. We must ensure, as part of this new law, macroeconomic stabilization. We also need growth and investment and show that reforms are continuing.

Priority will be given to regional development, solidarity and tax inclusion.

Will there be new taxes?

Yes! There will be new taxes but much less than the previous year. For now, we are finalizing the last steps. The Finance Act 2014 and the supplementary budget law of the same year have contained a lot of measures, even a hundred laws, contrary to the Finance Act 2015 that will truly contain the minimum tax.

In the Finance Act 2015, there will be no fiscal pressure. We really limited ourselves to the minimum necessary: only facilitative things.

It must be said, however, that there will be another law in 2016 which will be even more important as we will finalize the tax reform in November 2015. It is for this purpose that the Finance Act 2016 will be the first budget law that will apply the major steps of tax reform.

Tunisia : EU helps Nabeul Municipality saves up to 50% of...