He clings to the Kasbah, for good reasons 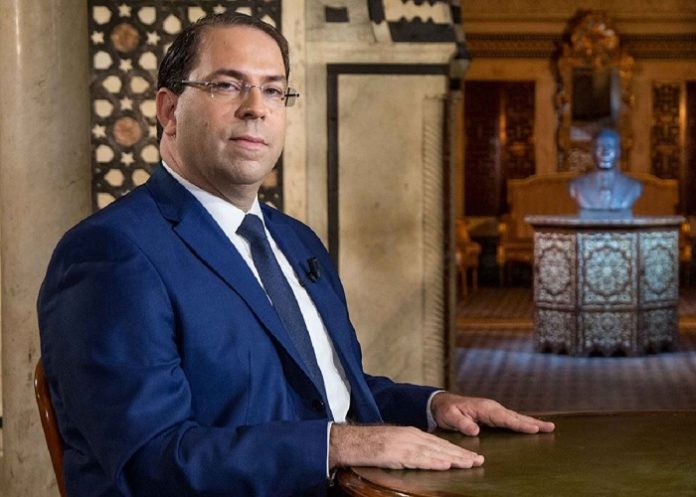 Jeune Afrique had recently announced that Prime Minister Youssef Chahed would leave the Kasbah Palace next March to devote himself solely to the 2019 electoral race.

Then the collaborators had quickly denied. In any case it is a matter of time, Chahed will have, and even quickly enough, wind up his function as Prime Minister to organize his political future, which no one can do for him.

His supporters may be full of energy, full of good will and eager to fight but they cannot do everything in its place.

He’ll have to stick to it, get down on the ground, wet the shirt and put his hand in grease.

Difficult days and many sleepless nights are predicted for him, but it is so in all democracies.

We have not invented anything else from this point of view. What his supporters did, that is to say, prepare to him the electoral costume in which he has only to slip is very good, but it has its limits.

With the means of the state, so what?!

Chahed for the moment remains in the relatively reassuring atmosphere of the Kasbah – he begins to know her well! – And the cheque he has just signed to the UGTT guarantees him a few months of calm … until July 2019.

His current position has two major advantages: it offers him a shield in so far as he is not obliged to reply to shots, which are already fired. He will always be able to argue, and this is not false, that he is in business, in the interest of the country, and that he is not yet in the political arena.

Therefore, he does not have to spend his energy on anything other than that. But Chahed will not be able to use and abuse it too long.

The other advantage of the Kasbah is that it allows Chahed to campaign at lower costs, since it is with the infinitely more powerful means of the state.

And what the Prime Minister says and does for people’s happiness is also what the electoral candidate does.

Indeed, the citizens-voters necessarily remember when he comes back but this time in his “Tahia Tounes” leader costume.

This has the gift of annoying his opponents, but it is so everywhere in the world. This explains the deafening silence of the political class, especially its opponents, when Chahed cleared the ground by signing the cheque demanded by the UGTT to cancel the general

strike. We are already in the electoral sequence. It is certainly not his competitors who will congratulate the Prime Minister and give him valuable points for his “feat” with the main labor union. Do not dream!

It will take more, and Chahed knows it

In defense of those who remain silent after the agreement initialed by Noureddine Taboubi and Youssef Chahed, the latter did what the others would probably have done in his place to avoid a very expensive general strike, for the economy of the country and its image internationally: Pay.

Therefore, we must not see in this any feat, even if Chahed had the merit of resisting as he could, at least better than all his predecessors, except maybe Mehdi Jomaa.

Remains resolving the problem of the coffers that need to be bailed out and if possible without recourse to indebtedness and without diving immediately into a supplementary finance law, because watched by the opposing camp.

Tourism has recovered after lean years and there is a chance that the budget deficit will drop, a little, finally if the oil barrel does not play tricks this year. That’s about all for the right indicators. The battle of growth is far from won; the unemployment rate remains high, too high; the phosphate production has never really recovered and has just been paralyzed for the umpteenth time at Mdhilla, etc.

In short, construction sites are everywhere and Chahed knows that despite his good polls, he will have to beef up his record to consider with confidence the face-to-face with voters.

This explains why he will cling to the Kasbah as long as possible. When he makes a trip to France to bring back money, he is certainly the Prime Minister who works actively for the good of the country, but he is also the potential candidate in the elections who moves to expand his record.

His opponents are not dupes, and will be careful not to congratulate him on what he will reap. They are “missiles” that they prepare for him, and certainly not applause.

Tunisia: Growth rate for 2013 can be lowered (Minister)