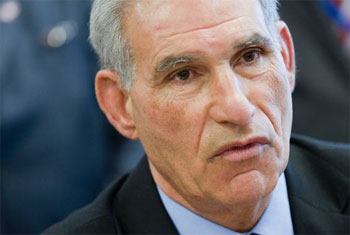 Economist and former Finance Minister, Houcine Dimassi, finds no reason to be reassured by the economic situation in Tunisia, compounded by a “terrible legacy” due to a string of errors.

These errors, in his opinion, have strongly affected the Tunisian economy which continues to show more and more acute signs of slowing down, and the outcomes are far from clear.

Indeed, almost all macroeconomic indicators stalled or flatly regressed: declining growth rate, tourism down 13% and a budget deficit worsening at a rate that increased from 1% of GDP in 2010 to 6.8 % in 2013. Similarly, the macroeconomic imbalances are growing in both external payments and public finances.

As for inflation, considered to be high, it should stabilize at 6% during the year, even if the inflationary trend in the consumer price index reached 6.1 % in November.

It is not enough to have the intention to reform

Indicators are alarming. And Houcine Dimassi considers, in this context, that “we should not believe, in economic terms, that it is sufficient to have the intention to correct, reform and change to do it quickly, and this in a concrete and satisfactory manner.” He added: “This is a false perception. All that will be created on the basis of accumulation of errors would probably be terribly complex, especially when trying to correct within a very short time, as is the case for Mehdi Jomaa.”

Houcine Dimassi has, however, hoped to see Mehdi Jomaa meet two major challenges. The first is to stop the spread of evil in society, particularly economic and political evil. “If Mehdi Jomaa manages to end it, it would be great; without however pretending he will do so, in a few months, and more, in an exceptional situation,” said the former Minister of Finance.

A heavy responsibility therefore rests with the new head of government whose designation is only a partial solution because the road is still long to complete the formation of a government in accordance with the criteria required.

Houcine Dimassi also called on Mehdi Jomaa not to submit to the domination of Ennadha, leader of the coalition, to be able to succeed in this mission. “If he will not have a minimum of autonomy vis- à-vis this party, he will certainly fail,” he has warned.

Reacting to the statement of Mehdi Jomaa, on the occasion of the commemoration of the third year of the Revolution, in which he expressed his intention to carry out an economic revolution, Houcine Dimassi said that it is a message to reassure a little bit still worried people.

Houcine Dimassi considered that this is an excess of language because “we live in a period of transition rather than a period of revolution.” For him, the transition means managing the existing while trying to wait as much as possible when it comes to risks and shortcomings as well as problems which now arise at both political and socio-economic levels.

Questioned on the ability of Mehdi Jomaa to succeed at the head of the government, Houcine Dimassi noted that it remains dependent on his behavior and his ability to resist.

Tunisia: taxation of large fortunes is a scandal (Chedly Ayari)