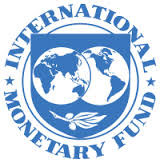 An International Monetary Fund (IMF) team, led by Ms. Laure Redifer, IMF Mission Chief for Rwanda, visited Kigali from October 21-November 4, 2015 to carry out discussions with the Rwandan authorities on the fourth review of their economic and financial program supported by the IMF’s Policy Support Instrument (PSI).[1] The PSI-supported program for Rwanda was approved by the IMF Executive Board on December 2, 2013 (see Press Release No. 13/483).

Ms. Redifer issued the following statement at the end of the visit:

“Rwanda’s economic performance in 2015 has been stronger than expected, with growth in the first half of the year averaging 7.3 percent. Construction and other services performed particularly strongly, while agriculture and manufacturing grew roughly in line with expectations. Projected real GDP growth for 2015 has been revised upward, from 6.5 to 7.0 percent. Consumer price inflation increased in September due to higher food and utility prices and the depreciation of the Rwandan franc against the US dollar, but is forecast to remain below 5 percent for 2015.

“Policy performance through end-June 2015 was consistent with the program framework, with almost all quantitative objectives reached. Significant progress was made on structural reforms, most notably on tax policy and administration. Planned reforms of the regime for agricultural taxes and for publishing quarterly reports on budget execution, however, are taking somewhat longer than originally anticipated…