Is there any reason to worry too much about Tunisia? 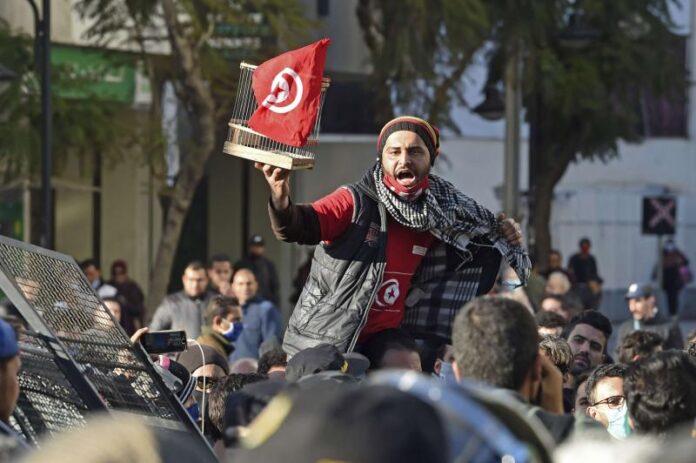 Tunisians, or at least a large proportion of them, are increasingly tempted to paint a gloomy picture of their country, and above all to think that this will be the case for a long time to come.

It is true that the decade that has passed with its procession of torments, failures and discomfiture has accentuated this feeling of frustration backed by a generally gloomy temperament.  But seen from the outside, the situation cannot be analyzed from this angle or in this light.

A Bloomberg Opinion by Amr Adly author of “State Reform and Development in the Middle East,” argues that if Tunisia’s democratic order is weak, it is resilient. Yes, it seems unable to address the many socioeconomic roots of the 2011 revolution, like poverty and high unemployment and major disparities between the inland and coastal areas.

Even so, the proliferation of socioeconomic movements and frequency of mass protests show the public sphere seized 10 years ago is still expanding.

Similar to the many cases of democratization in Latin America that started in the 1980s, freedom in Tunisia has meant greater space for political contestation and class conflict. Across the Global South, the transition to a democratic system allows for freer, more open social conflict.

Workers, the young unemployed, women, residents of poor neighborhoods and shantytowns and rural communities all have more opportunities to organize and act in the newly-formed public sphere than they had under authoritarian rule.

In Tunisia recalls the author, Ben Ali’s authoritarian rule meant socioeconomic exclusion combined with intense security and political repression. It is not conceivable that ordinary Tunisians would want that back. It is a testament to the resilience of the evolving democratic system that, for all its weaknesses, none of the major actors — the military, the political elites or the groups storming the public square — seems willing or able to restore authoritarian rule.

The current challenges facing Tunisian democracy demonstrate the limits of political change without any prospect for economic change. The country’s economy is still dominated by old elite networks. Promises of the redistribution of income, the improvement of public services or the tackling of the structural hurdles to job creation and growth generation have largely been unmet.

There are no short-term fixes to such structural problems. But there is room for quick reforms in areas of taxation and state support for large businesses, making the first more progressive while removing old privileges.

An institutional expression for social conflicts!

Over time, social conflict should find expressions in institutional channels such as elections, political parties, civil society organizations and labor unions as well as extra-institutional channels like protests, campaigns and grassroots organizations making the new system more responsive and accountable. However, given Tunisia’s development status, social conflict will keep imposing itself on the political scene.

This has already been seen this in parts of Latin America since the 1980s and until the present. On the one hand, there has been a consolidation of representative democracy: The coups and breakdowns of much of the 20th century seem a thing of the past. On the other hand, social conflict has found its way into formal and informal politics, characterized by sharp oscillations between the right and the left, the rise of populists of both extremes and the constant presence of protest, fueled by demands for the redistribution of income and wealth.

Tunisia may be on the same path. Demands for access to economic opportunities and the redistribution of income and wealth have grown louder since 2011. These will remain the basis for contestation in the foreseeable future, said Adly.

Under the title: “there is still hope for Tunisia”, writer Khairallah Khairallah wonders, without really believing in it “if Tunisia is on the way to becoming a failed state like Libya, Yemen and Syria? The question poses itself had it not been for the presence of Tunisian defenses that could prevent the fall of the state unlike what happened in the three other countries.

These defenses are represented by the Tunisian heritage of state institutions that Bourguiba established and which Ben Ali sought to develop, but within a concept of his own.

The Tunisian General Labor Union (UGTT) cannot be ignored, nor can the role of Tunisian women who are ready to defend their great achievements… and what remains of the middle class that is compelled to defend its status, adds Khairallah Khairallah.

From this point of view, there remains hope of avoiding utter collapse in Tunisia, where a political class knows nothing about the importance of the economy, and where an Islamist party, like any other party of its kind, does not hide its unlimited lust for power, he, however, pointed out.