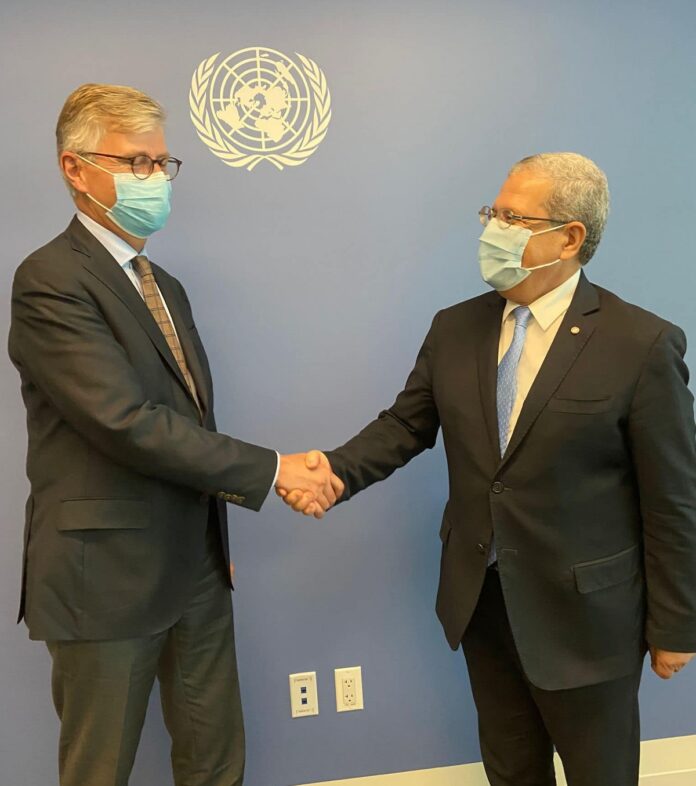 The meeting was held on the fringes of Jerandi’s participation in the high-level general debate of the 76th session of the United Nations General Assembly, held September 20-27 in New York.

Jerandi recalled Tunisia’s participation in peacekeeping operations since the 1960s, affirming the country’s willingness to ensure the participation of a larger number of military, security and civilian officials in UN peacekeeping and stability-building operations, as quoted in a Foreign Affairs Department press release issued on Sunday.

He underlined Tunisia’s commitment to ensure a high level operational and legal training for Tunisian officials, recalling that a contingent of military forces has just finished training and is ready to serve any request from the UN.

Jerandi referred to the participation of a Tunisian aviation unit in a UN mission in Mali and an aviation unit composed of attack helicopters and a special forces brigade, which will support UN peace interventions in the Central African Republic.

UN Under-Secretary-General for Peace Operations commended Tunisia’s excellent level of military and security forces and civilian units as well as their professional commitment, skills and qualifications; in addition to their language proficiency which facilitates the action of UN missions, particularly in Africa.

Besides, Jean-Pierre Lacroix pointed out the difficulties encountered by peacekeeping operations in view of the resurgence of violence, the activities of terrorist groups and organised crime in conflict zones, as well as the difficulties related to the impacts of COVID-19 and the rise of migration.

US: OIC to hold a conference on Darfur Development Bank

Tunisia: US dollar exceeds for first time bar of 2.800 dinars...