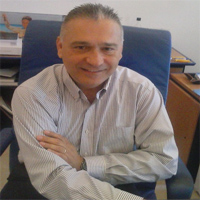 Karim Ammar, Deputy Director General of Poulina gave Africanmanager an exclusive interview in which he spoke of the situation of the group in the year 2014 and development prospects for the coming years.

The deputy director general also spoke of the group’s situation on the Libyan market, the Algerian and that of China or Senegal.

Although we started well in the first half, 2014 was a difficult year for the group because the second half was very hard due the deteriorating economic, social and political environment in the country.

During the second half of this year, the situation has deteriorated dramatically, and this became very clear with the decline in the purchasing power of Tunisians.

But all these difficulties did not prevent us from achieving a better year than the last.

But you talk about good results for 2014, how the group was able to achieve them?

After the Revolution, we changed our strategy. We set up new plants in very difficult areas to address social instability in other regions.

We have also created plans for expansion and strategic investments to balance our results.

We are now reaping the fruits and results of what has been invested during the first two or three years after the revolution.

And what about 2015, what is the position of the group?

For the first four or five months of this year, the results will be better than last year, thanks to our strategic choices in terms of investment.

Anyway, the results of the first quarter of this year are higher than in the same period last year.

What are the forecasts of the group for the coming years?

We cannot predict what will happen either for the coming years or for the end of this year as a result of the instability and lack of visibility.

It is very difficult today to predict this year’s figures because there are exogenous factors.

New technologies and services, a new orientation of Poulina, is it a choice or a necessity?

Poulina was oriented towards developers and sectors with high added value such as services and new technologies.

The group is also preparing to invest in education and training as a major development actor.

This orientation towards promising strategic sectors is both a necessity and a strategic choice.

What are the effects of the strikes that continue to multiply in the country on the activity of Poulina?

The group will certainly suffer, indirectly, from the effects of these strikes. When a region is unstable, it will prevent us from selling our products.

The instability has an indirect negative effect on all businesses and will cause a drop in consumption.

What will be the next investments of the group?

Poulina appears today among the first if not the only investors in Tunisia.

Since the Revolution, it has not stopped investing because we have great confidence in our country.

For the next two years (2015/2016), the group plans to invest over 300 million dinars in development projects.

Moreover, from the Revolution to date, the group has invested around 700 million dinars in expansion projects or new creations.

What about job creation?

From the Revolution to date, the group has created nearly 1,100 new jobs and we also plan to recruit even more in the coming years. As long as we invest, we will recruit.

What is the situation of the group in Libya?

It must be recognized that there are several difficulties in Libya because of the instability and insecurity that persists in the country. Add to this, power, gas and water cuts. Thus, the group has proceeded to the reduction in the number of employees deployed there. The group currently employs 300 in Libya against 1,000 Tunisian employees before and that because of the instability, the fragility of the general business climate and armed conflicts that have persisted for over three years in this country.

Have you considered leaving the country because of these difficulties?

Despite this instability, the group does not plan and has never considered suspending its activities in this country. We do not plan to leave Libya and we will stay there because we consider that there is great potential in this country. We will never leave Libya. This is a strategic development actor for the group, and the war in that country will stop especially as our plants have not been affected. We are very popular in Libya. They respect us and our equipment was not affected.

And what about the Algerian and Chinese market?

In Algeria, the business environment is difficult and complicated. The group is facing several difficulties due to legislation. The Chinese market is also complicated. We are changing our strategy and vision to expand again in this country. We hope this will restart during this year.

Apart from Libya, Algeria and China, which new markets are your targeting?

We have just entered a new market. It was Senegal for a margarine factory project. We will also try to see sub-Saharan Africa where the potential is very important.

What are the major future projects of Poulina?

Poulina has never stopped investing in different projects and different industries like poultry, brick, ceramics and other industries. Several projects are underway while others will soon emerge.