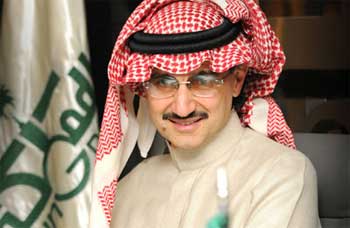 The investment firm has minority stakes in some of the world’s top companies. Aside from being one of the largest shareholders in Citigroup, it owns stakes in Rupert Murdoch’s News Corp and microblogging site Twitter .

Net earnings in the three months to March 31 were 126.4 million riyals ($33.7 million), compared to 110.1 million riyals in the same period a year earlier, it said in a bourse statement.

It attributed the rise in net profits to an “increase in gain on investments despite the decrease in dividends income and increase in loss from associate and finance charges.”

Tunisia: foreign and joint investment intentions up 27% in 1st nine...