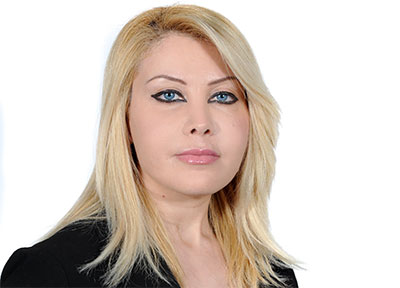 Leila Amdouni, expert and member of the Chamber of Auditors gave an exclusive interview to African Manager where she talked about the 2017 draft finance law that was filed in the office of the House of People’s Representatives (ARP ).

Leila Amdouni has made a set of recommendations. In addition, she spoke about the social and fiscal amnesty planned in the context of this bill.

What do you think of the 2017 draft finance law?

A priori, several recommendations could be proposed as part of the Finance Act 2017, which must inevitably be used to replenish the coffers of the state that are currently nearly empty.

But let us be very clear, the Finance Act 2017 should also provide arrangements that are likely to boost investment, reduce unemployment and improve living conditions of Tunisian citizens.

Can you give details about your recommendations?

The proposed recommendations can be summarized as follows:

The flat tax regime. It is proposed to introduce the optional flat-rate system for the tax package (not the base package for liberal professions), to attract some of those that benefit of the flat-tax system that avoid bookkeeping, even simplified, even when their turnover exceeds the ceiling of one hundred thousand dinars a year (100.000D) and that, by fixing the amount of tax at 2,000D or 2,500D/year.

And what’s the use of that?

This will help raise additional tax revenue without making special efforts at fiscal control, especially as the number of staff assigned to the control is very small (1,650 approximately) compared to the total number of taxpayers (nearly 680,000), reduce the number of those who benefit of fixed tax whose total number reached 400,000 in recent years.

will be tempted to choose the optional flat-rate scheme.

For example, if only 50,000 flat-rate scheme beneficiaries chose the optional regime, tax revenues would be one hundred twenty five thousand dinars (125,000D), whereas currently the overall revenues from the flat rate system hardly exceed 0.21% of tax revenues (roughly 43,000D).

And what do you think of the scale of the income tax?

At first, there is need to remove the exemption to individuals whose annual income does not exceed the ceiling of five thousand dinars a year (5000D), which has created many difficulties in the application, on one side and frustration among people with incomes slightly above this ceiling 5000D, on the other,

Especially that this exemption has been extended as part of the supplementary budget law for 2015 to all natural persons for the first tranche of 5,000D, disregarding the importance of their income that can reach very high amounts, and whose entry into force has been postponed to 1/1/2017.

But in return, it would be appropriate:

To index the exemption on minimum wage to make it permanent, whatever the level of the minimum wage.

Increase the professional fees rate by 10% to compensate for the shortfall that will be suffered by those whose annual income does not exceed the ceiling of 5,000D.

In addition, professional fees rate which is currently set at 10% may be revised up for incomes that do not exceed certain limits, and to continue to reduce it for high incomes to have sliding scale rates that will be applied depending on the size of earned income.

The range of professional fees rate may vary between 15% for low-income and 5% for high income with the possibility of fixing a ceiling not to be exceeded for very high incomes.

The preferential treatment for SMEs sparked an outcry, what do you think?

There it would be more appropriate to impose on small and medium enterprises which represent more than 90% of the economic fabric (SMEs) a reduced rate of 10% with respect to taxes on corporations, with a reduction of income for natural persons to impose them on the rest and, like exporting companies, agricultural and fishing businesses, craft activities…

This reduction will not have a significant impact on tax revenues due to the fact that only 1% of companies contribute to the payment of 80% of the corporate tax.

What would be the impact of this measure?

This measure will have a positive impact on the creation of new small and medium enterprises, especially for young university graduates who are still unemployed and whose number is around 240,000 people, and also on increasing the job positions that will be created, given the large number of these companies.

This will also impact on the evolution of tax revenue, in a second phase, when the number of these companies will be higher and that their contribution will be higher in respect of acceptable tax burden, knowing that SMEs are subject to corporate tax at reduced rates both in France (15%) and Britain (10%)

Is fiscal control well mentioned in the draft 2017 budget law?

To ensure the greatly longed for tax fairness and ensure additional tax revenues, we must seriously consider strengthening fiscal control over recalcitrant firms or those working in the informal sector and this by:

Accentuating control for businesses that do not meet their tax obligations,

By multiplying the number of officials responsible for tax control while improving, at the same time, working conditions and the level of training so that they properly fulfill their mission,

By arranging spaces for activities of street traders so that their number be identified and that they are obliged to have a declaration of existence and a tax identification card (license),

By creating zones on the borders with our two Algerian and Libyan neighbors to reduce smuggling, mitigate the impact of the informal sector, ensure the country’s security and allow increased tax revenues.

Could there be a social and fiscal amnesty?

Ideally, all governments are always tempted by tax and social amnesty and this for several reasons including:

-First, the tax amnesty generally provides additional tax revenues to feed the state budget in additional resources in order to cover expenses that are increasing over the years,

-Second, social amnesty also allows the recovery of needed revenue, which can reduce the growing deficit in the CNSS, which is now a major risk in the payment of pensions to the elderly,

-Third, allow recalcitrant taxpayers and members of the CNSS who have not honored their commitments to correct their tax and social situation according to a calendar spread in time to avoid legal proceedings generally incurred on collection of receivables not yet recovered.

Can we speak of weak points on this issue?

However, the amnesty has always been considered a double-edged sword and this due to the fact that taxpayers who comply with their tax and social obligations are harmed through unfair competition from people who do’ not fulfill their tax and social duty, but still benefit from payment facilities and the abandonment of late penalties

Therefore, and in order to reduce the harmful effect of the amnesty, it would be advisable to subject the action of an amnesty to certain conditions that can be beneficial to the promotion of investment and the creation of jobs such as filing a declaration of investment with the relevant structures for investments in productive sectors, in accordance with the provisions of the new investment law that will come into force from January 1, 2017.

The creation of additional job positions according to levels fixed in advance, in accordance with the importance of tax or social debts not settled and given the payment schedule that will be granted.

STB Bank announces a NBI up 11% in the first quarter...