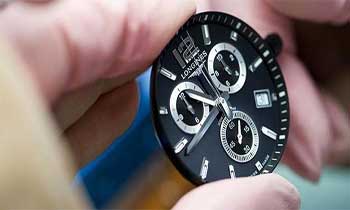 A recent advert from luxury watchmaker Omega shows a large, technologically-advanced timepiece. So far, so typical. But this one is studded with diamonds and worn by actress Nicole Kidman. Called the Ladymatic, it’s the future of the industry.

The bulk of the $50-billion Swiss watch market has for years been aimed at wealthy men drawn to high-tech, gadget-loaded timepieces they can wear as status symbols. These customers’ interest has waned little despite economic fluctuations – though the recent financial crisis hurt sales, it was followed by a stronger rebound that was driven by demand in China.

Now however, sales of men’s watches in China have slowed, and demand in the West is not enough to pick up the slack. Faced with only single digit growth prospects, top brands are looking to the other 50 percent of the population for inspiration.

“Women are the future of watches,” says Jean-Claude Biver, head of LVMH’s watch unit. “There’s huge potential in women’s watches that is only half exploited today.”

Traditionally women have shown little inclination to buy the kind of mechanically complex, multi-functional pieces on which Swiss manufacturers have built their reputation for precision – this kind of engineering needs space and results in the big dials which women tend to shun for battery-powered, unobtrusive styles.

However fashions are changing. A trend for bulkier watches, and a boom in jewellery sales have lifted levels of interest, which has also been driven by a growing middle-class female customer base in China.

A study by Digital Luxury Group showed that online searches for ladies’ watches rose 7.5 percent in 2013, led by China and Swatch Group brands. In the same year, the share of female watches in the luxury watch market rose to 35 percent from 20 percent in 1995, market analysts Bain & Co. found.

Tunisia: Tabarka and Tozeur airports to be exempted from navigation fees

Tunisia: private investment in agriculture and fisheries up 2.8%

Tunisia: Business leaders running out of steam on local market and...